Necessary action will be taken where trees are in dangerous condition: Babush 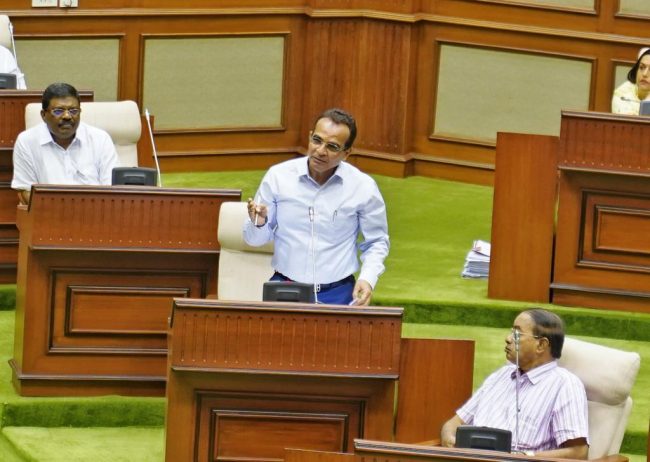 Goemkarponn desk
PANAJI: Revenue Minister Babush Monserrate informed the house today that necessary action will be taken and any trees in dangerous condition will be dealt with.
Mormugao MLA Sankalp Amonkar had raised a question that action should be taken on trees which are in dangerous conditions, thus causing trouble for commuters due to heavy rains.
“Any trees which are in dangerous condition necessary action to be taken and same is directed to authorities,” said Monserrate
Goa Forward Party MLA Vijai Sardesai said that Goa will soon become like Mumbai if Goa State Disaster Management Plan doesn’t come into force.
“Goa State Disaster Management Plan was updated last in the year 2014,” said Sardesai.
Congress MLA Aleixo Sequeira said that people would not have suffered if the state government had taken the steps before the rains.
Congress MLA Yuri Alemao said that Tourism Department, in a joint venture with PWD Department, should declare Paroda roads as waterways.