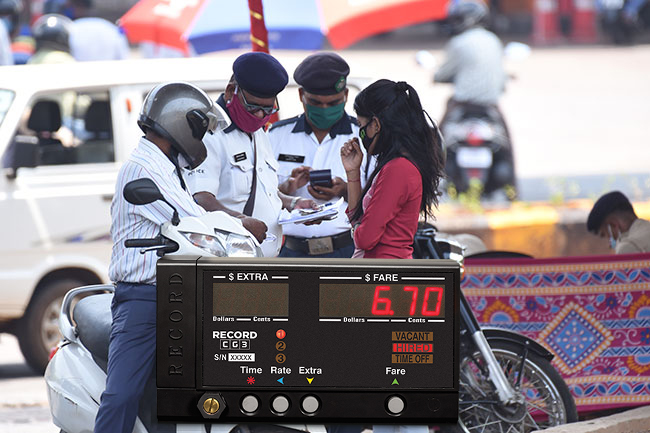 Porvorim: Almost a year after the Centre announced the New Motor Vehicles (Amendment) Act, 2019, the State government has finally decided to implement the Act from first of January 1, 2021.

Besides this, Godinho also announced that the State will also implement meters in taxi from January 1.

Speaking to the media at Secretariat, Godinho said the government will implement the Central Act from January 1, 2021.

“The Act has been kept in abeyance due to the COVID-19 pandemic. We have taken Union Minister for Road, Transport and Highways, Nitin Gadkari, into confidence on the delay due to the pandemic. There is also not much revenue, as such, our government does not want to make people suffer by implementing these new rules,” Godinho said.

He further said but henceforth there would be no further changes and delays.

“Also, the High Court has given an order that the taxi meters be fixed by October 2020 but I have asked AG to tell the court that we will be implementing from January 1 as due to COVID there were difficulties in implementation. Hence, meters will be fixed from first of January,” he said.