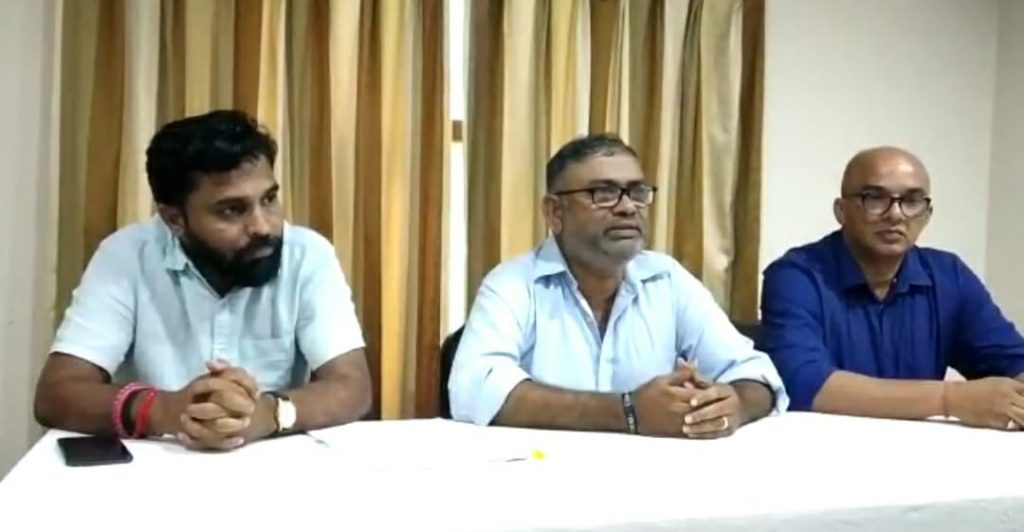 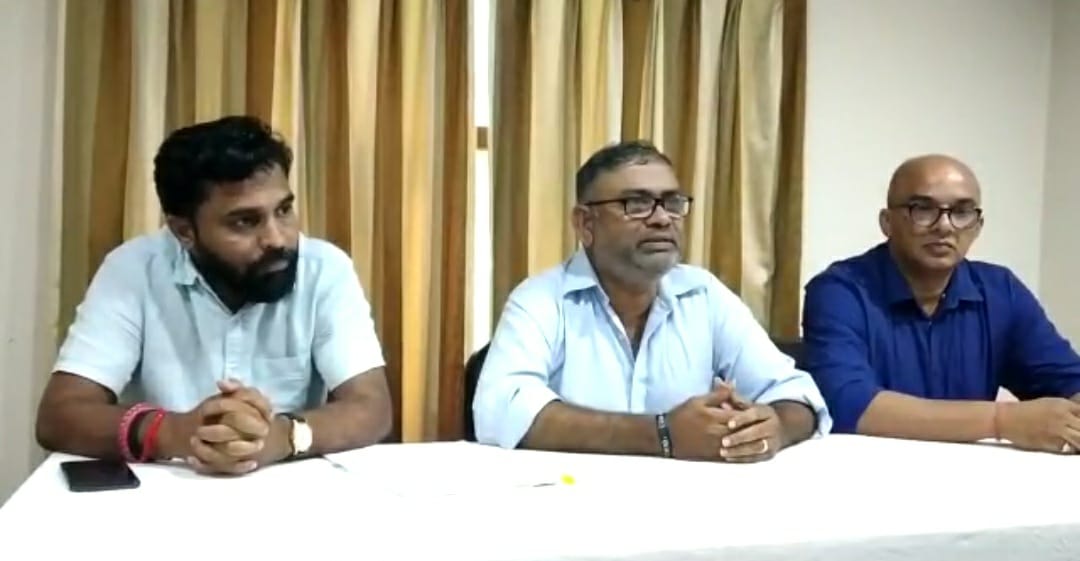 Goemkarponn desk
CANACONA – Stating they will go to the extreme possible to avert the environmental damage to flora and fauna at the UNESCO site of Western-Ghats at Karmalghat, NGO Goenkar will personally call on the Union Transport Minister to stop the degradation and destruction of Karmalghat, by constructing a 4-Lane road against the suitable option of a Tunnel.
Addressing the media at Canacona, Goenkar president Jack Fernandes flanked by General Secretary Vikas Bhagat and Executive Member Sandesh Telekar, made it clear that people will allow destroying the Karmalghat and thousands of trees, displacement of wild animals and other natural resources when there is an option to avert the same. ‘We are going to seek an appointment with Union Minister Nitin Gadkari and explain to him the importance of Karmalghat in the UNESCO listed the Western Ghats of the country, and how a just 1.5 km of Tunnel against the nearly 7km long hill-cutting to make a 4-lane road can save the natural asset. But, still, as a last resort, we will also approach NGT’.
Incidentally, in a meeting of the Regional Empowered Committee(REC) of Integrated Regional Office, Bengaluru (Ministry of Environment, Forests and Climate change held on 28th last month, has given its approval for the diversion of 29.836 ha of forest land for four planning of existing NH-17 from 475.040 Km to 611.000Km in the State of Goa of BOT (Toll) basis under NHDP-III (Patradevi to Polem Section on NH-17- 136 Kms long)) with certain riders.
REC has also discussed certain issues raised in the PIL by Goenkars against this Project.
According to Goenkar, in a high court, the ruling Government was told to inform the NGO about the outcome of the decision at REC, where the request from the Goa government was pending for forest permission.
Goenkars informed it is not only environmental destruction that will occur if a 4-lane road is constructed, but it will also disturb people’s sentiments on religious lines, and natural calamities like landslides will befall if Karmalghat is tempered. ‘It is not just 13000, but trees will be chopped down as not only 45 metres, but another 20-25 mtrs of hillock will be cut down to give slopes, and given the nearly 70-75 metres hill-cutting Karmalghat will disappear in all its visibility.
“This is all they are doing when there is an option, and a good one to build a tunnel which will have just around 2? 5 km long in place of the 4-landing of the or across the existing nearly 7 km long road”, said Fernandes.
Bhagat stating neither Canconcars nor Goenkar NGO are anti – Development said, “We want development, especially the improvement of the road at Karmalghat section, but development should not be against the destruction of the environment, as it will be total environmental chaos when a 70-75 metres width of Karmalghat is destroyed, and this should not happen when there is an option for a tunnel, which incidentally is also recommended by the Government appointed committee against the 4-lanning of the ghat section. If this option was not there, people would have accepted the Government’s stand to construct a 4&Lane road with minimal environmental damage, but sadly this is not the case here. The ill effects will be felt within the next 25 years, and no one will be able to correct it than if we don’t stop it now”.
Telekar said, “As an option, we are going to seek any appointment with Union Minister Gadkari and explain to him the religious sentiments and environmental disasters that will befall our future generations when Karmalghat is destroyed to a develop a 45 MTR width road, which it seems not brought to notice of the Government. We also appeal to our Canacona MLA and Speaker to represent people’s concerns with the Government. But as a last and ultimate resort, we will not fall behind but will approach NGT” if Government doesn’t opt for the best option.