Nilkanth to make way for Sequeira in Goa Cabinet? 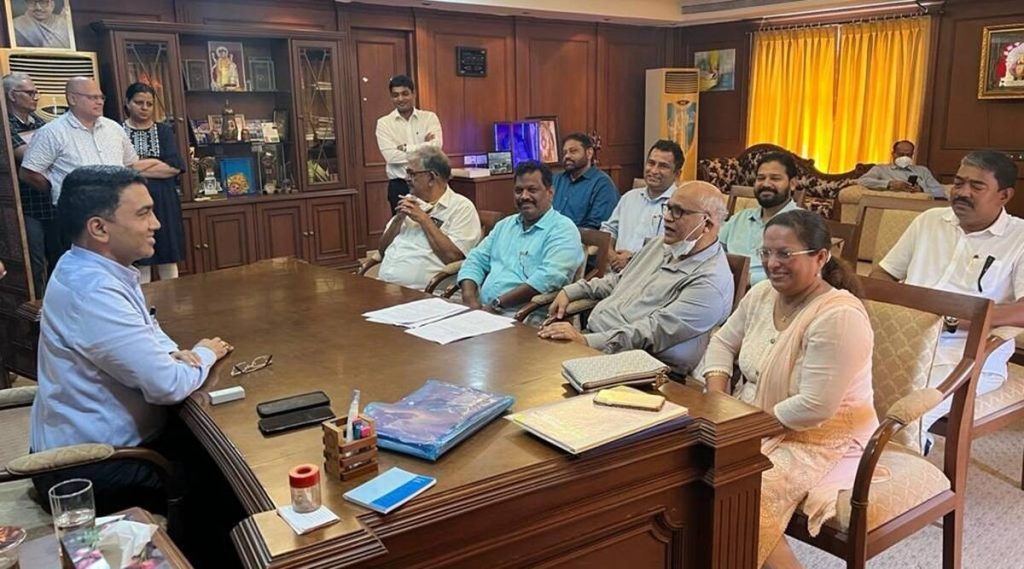 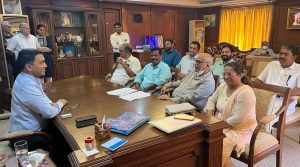 Sequeira was promised a Cabinet berth within 8 days of joining the BJP, but strong resistance from party cadre has delayed the move
Sequeira could be accommodated at the beginning of New year 2023

SURAJ NANDREKAR/
Goemkarponn
PANAJI: Last week, the BJP Goa desk in charge CT Ravi came to Goa on a flying visit and left after holding the party’s core committee meeting.
In a statement to the press, he said that there was no resentment amongst the 8 MLAs who switched loyalty from Congress to BJP on September 16.
He also said that there were no assurances given to the 8 MLAs, but he said some responsibilities would be given to them.
However, enquiries have now revealed that out of eight, only Nuvem MLA Alexio Sequeira was given assurance of a Cabinet berth, whereas others were told that they would be accommodated as and when a vacancy exists.
Top sources further informed Goemakrponn that Sequeira was promised a Cabinet berth as he was not ready to join, and BJP was not getting the number of eight MLAs to thwart anti-defection law.
“However…there has been a strong rebellion from the BJP party cadre, who are against the entry of eight, which they felt was unnecessary and has tarnished the party’s image for engineering splits into the Opposition parties,” said the sources.
Now, as the pressure mounts on Chief Minister Dr Pramod Sawant, who master-minded the split in Congress, he has decided to accommodate Sequeira in the next few days.
“Sequeira was to be given the ministry ahead of Christmas, but due to some unavoidable circumstances, plans could not be executed,” sources informed.
Sources have also informed that Fisheries Minister Nilkanth Halarnkar will make way for Sequeira, and CM Sawant has already conveyed the message to the Thivim MLA.
“Five others – Delilah Lobo, Kedar Naik, Sankalp Amonkar, Rudolf Fernandes and Rajesh Faldesai would be accommodated in Corporations and PDAs,” sources revealed.
Calangute MLA Michael Lobo and Margao MLA Digambar Kamat, however, will have to wait for their turn as they have turned down any offer of heading corporations.
BJP State President Sadanand Shet Tanavade said that the decision on cabinet reshuffle will only be taken by the BJP Central leadership in consultation with Chief Minister Pramod Sawant.
“I being the BJP state president, cannot tell who will be given any cabinet portfolio or corporation; the party cannot decide it. It will be the centre who will take the decision,” said Tanavade.
He further said that Chief Minister Pramod Sawant will speak to the central leadership, and it will be decided.
“As of now, nothing is discussed on the cabinet reshuffle. It is a protocol to discuss the reshuffle at the Centre,” he added.
Tanavade said that something should be given to those, but I have no commitment to the same.
Earlier, Sawant had categorically rejected reports which suggested that a cabinet reshuffle was likely soon.
“MLAs do not decide on reshuffles. The party decides,” Sawant had told reporters, adding that no such decision had been made.