None of my ministers involved in land grab cases: CM

* CM blames outsiders for the law & order situation in Goa 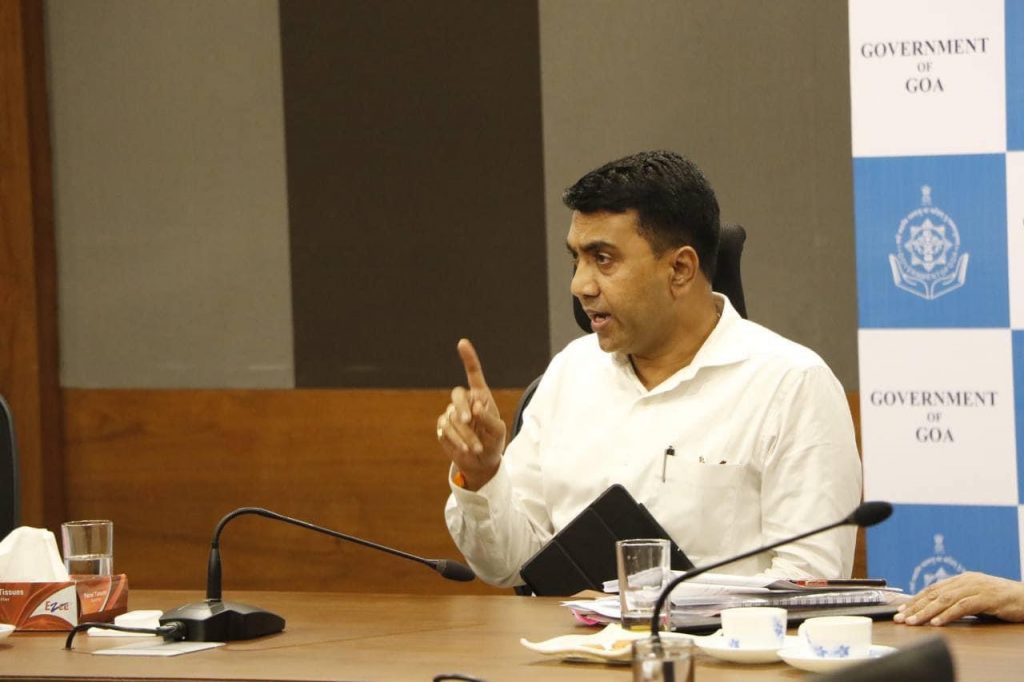 Goemkarponn desk
PANAJI: Chief Minister Dr Pramod Sawant today gave a clean chit to his cabinet minister, claiming that they were not involved in any sort of land grab cases.
CM Sawant’s statement comes in the wake of the former GPCC President Girish Chodankar’s allegations.
“None of my Cabinet ministers are involved in any sort of land grab cases. I have full faith in them. If Girish Chodankar has any documents, he should give them to SIT,” said CM Sawant
He further termed the allegations as baseless and asked Chodankar to prove his allegations.
“We are ready to make a transparent inquiry into the matter,” he added.
When asked about the Curchorem incident, Sawant said that investigation is currently going on, and the accused names will be out in a few days.
Sawant also blamed outsiders for the law and order situation in the state.
“Maximum cases in the state are involved with outsiders. Police have total control over the law and order situation in the state,” he said.
The Chief Minister further informed that jail administration would be managed by the PI and SP level officers.
Sawant did a surprise visit at Colvale Jail today and inspected and reviewed the place.
CM also interacted with the staff and inmates of the jail, reviewed the security arrangements and administrative functioning of the Jail and instructed officials on necessary organisational changes, which officers of the Goa Police Service will head.
Meanwhile, Sawant said that he has directed that necessary steps are to be taken to start sand mining through traditional extractors urgently.