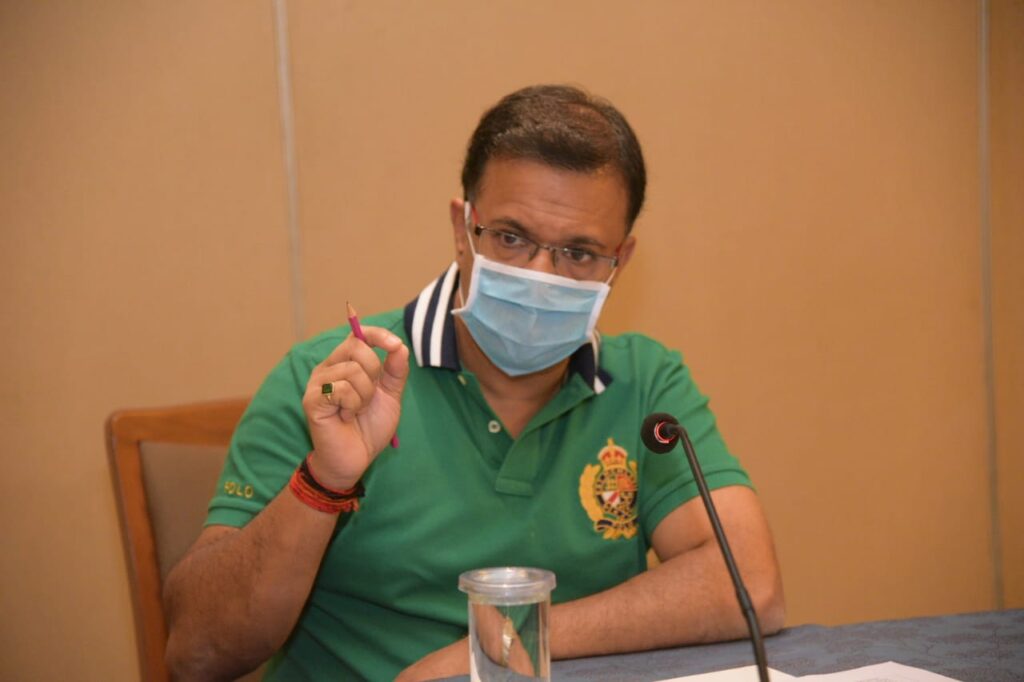 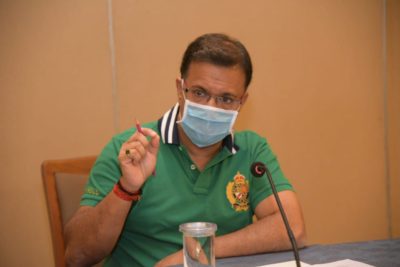 Panaji: In a shocking revealtion, Health Minister Vishwajit Rane on Wednesday said that he has no knowledge of COVID19 patients being allowed to vote.

Speaking to reporters on sidelines of a function, Rane said nobody has consulted him neither any file came to him in this regard.

“This decision may have been taken by disaster management committee. I am not aware of COVID patinets being allowed to vote. You ask who announced this decision. I have not been consulted beither any file camw to me in this regard,” he said.

Rane however said that the Election Comkissionnhas to maek full-proof arrangements if patinets are allowed to vote.

“PPE kits have to be provided to the patients as well as polling staff. Then Indont think there would be any issue,” he said.