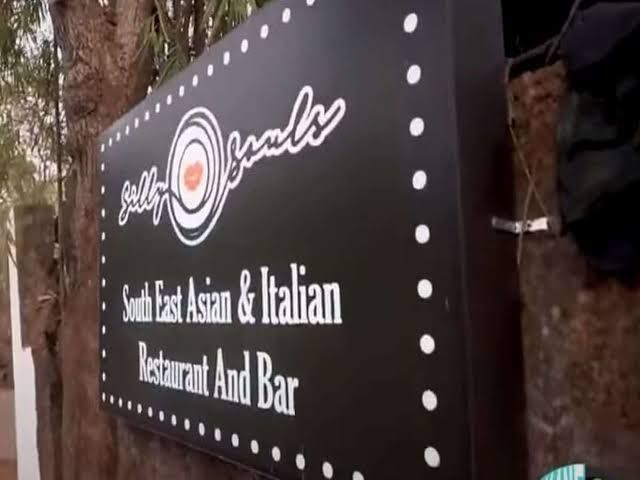 Goemkarponn desk
PANAJI: Goa Excise Commissioner Narayan Gad will on 20th October at 11 am deliver his order on the complaint filed by Adv. Aires Rodrigues over the illegally obtained liquor licence by the now controversial ‘Silly Souls Café and Bar’ in Assagao allegedly run by the family of Union Minister for Women and Child Development Smriti Irani.
Submitting documents that the property where Silly Souls Café & Bar is located was leased to Eightall Food and Beverages by Anthony Dgama with effect from 1st January 2021 for a period of 10 years at a monthly rent of Rs 50,000, Adv. Rodrigues drew the attention of the Excise Commissioner that on 05th January 2021 when Anthony Dgama applied for the Excise Licence the premises was already leased out to Eightall Food and Beverages which is operating in partnership with Ugraya Mercantile Pvt Limited of which Zubin Irani the husband of Smriti Irani is a Director.
Documents have also been submitted by Adv. Rodrigues that the GST No 30AAIFE7039H1ZM used by Silly Souls Café & Bar was also in the name of Eightall Food and Beverages as well the Food & Drugs Licence too.
Alleging that the license was applied for in the name of Anthony Dgama in rank contravention of the provisions of the Goa Excise Duty Act, Adv. Rodrigues has alleged that Anthony Dgama taking advantage of the COVID-19 pandemic and the then prevailing lockdown deviously and, by suppressing facts, managed to obtain the Excise licence by circumventing the law.
While seeking that the Excise licence is cancelled as it was issued contrary to law, Adv. Rodrigues, in his complaint, has pointed out that this was a fit case to initiate criminal proceedings of fraud and forgery against those involved to send out a stern message that no one should dare hoodwink the Rule of Law. Silly Souls Café & Bar has remained closed ever since the controversy over the legality of its Excise licence broke out in July this year.