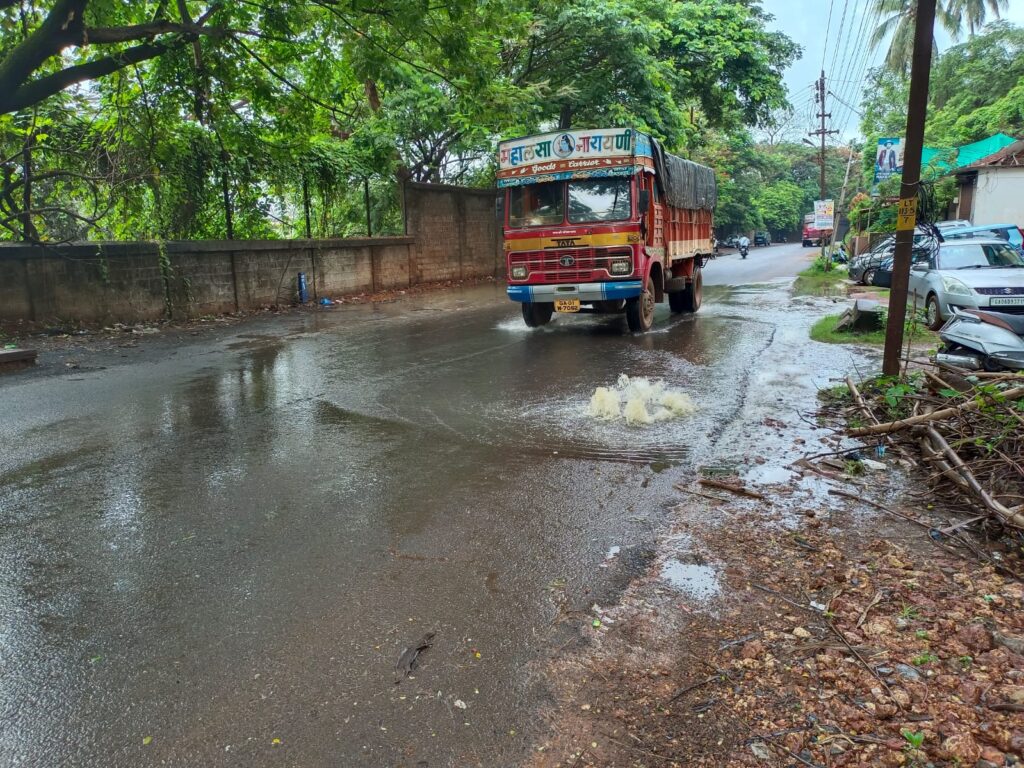 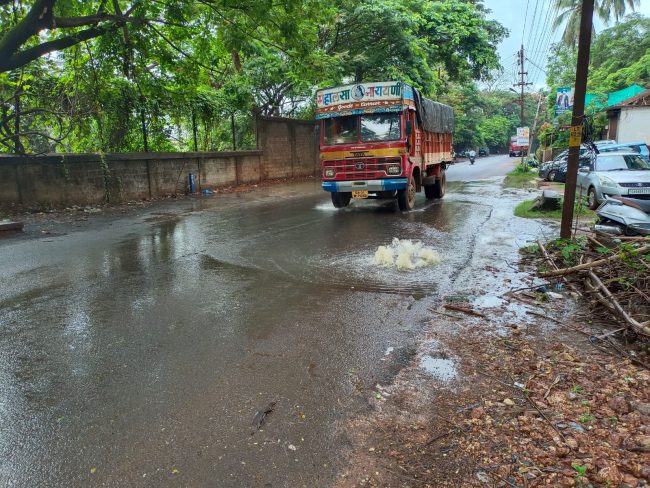 Goemkarponn desk
VASCO: Overflowing of Sewerage manholes in the Mormugao constituency continues after heavy rain showers on Tuesday and Wednesday. Commuters are inconvenienced due to the unbearable stench.
The Sewerage manhole overflowing saga has once again cropped up in the constituency of Mormugao, where around 30000 people live.
On Wednesday, two Sewerage line manholes were overflowing with raw sewage, one at the jetty slope and another near El-Monte. The commuters passing through this stretch have to feel the brunt of the stench which comes from the sewage on the road.
A resident of Jetty Parshuram Sonurlekar said that Mormugao MLA Sankalp Amonkar has raised several big issues in the assembly, but he should also focus on improving the basic amenities in our constituency.
He also said that he has seen the PWD Sewerage section releasing sewage directly into the storm drains near Khapreshwar temple. I also feel that there is a high chance that a Sewerage line might be leakage somewhere, and from that place, the rainwater might be entering the Sewerage line, which might lead to the overflowing of sewage from these manholes.
Rupal another resident from Jetty Sada, said that this problem is annual and it worsens after heavy rainfall. More than anyone else, the pedestrians have to face the brunt of the stench and fast-moving vehicles splashing the sewage on the pedestrians.
It may be recalled that recently the manhole Overflowing issue was raised by the Goemkarponn news, and later, the issue was resolved tentatively by the PWD. But once again, the issue has cropped up, which needs a permanent solution.