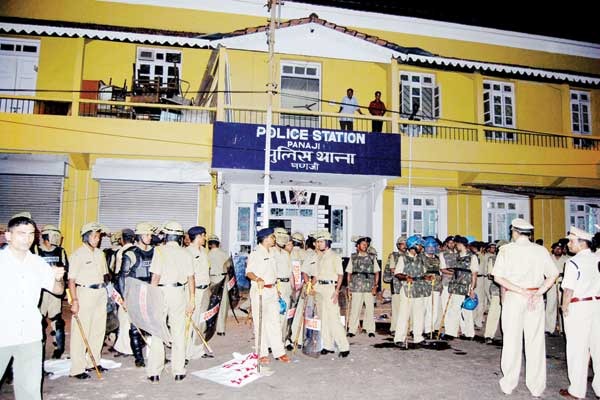 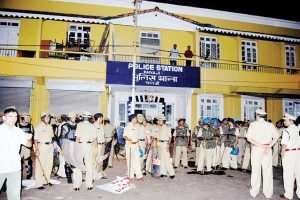 PANAJI: After being pulled up by the Court, the CBI today produced the original copy of FIR in the infamous Panaji police station attack case involving Minister Atanasio Monserratte, his wife MLA Jennifer and others.

Expressing complete displeasure towards the “lethargic” attitude of CBI in the infamous Panaji police station attack case, the Trial Court has decided to complete the trial within one year.

When the matter came up for hearing, the Court slammed CBI for failing to produce the original complaint copy of the case and also observed that there has been purpose delay.

The Court also observed that CBI is very lethargic in their action, which has delayed the hearing. The Court has now granted the last opportunity to CBI to produce the original complaint during the next hearing scheduled on December 2, failing which a fine will be imposed.

The accused, Minister Atanasio Monserrate and other Co-accused where present in the Court during the hearing.

The Monserrates, Tony Rodrigues and 35 others stand charged by the Central Bureau of Investigation (CBI) for having, on February 19, 2008, attacked and damaged the Panjim Police Station.

High Court at Goa on December 22, in a 31 paged judgment, while dismissing the applications seeking quashing of the proceedings, directed that the trial should commence and be expedited as there was prima facie evidence against the accused.

Revenue Minister Babush Monserrate and Jennifer Monserrate are the main accused in the case, which has been pending in the High Court for the last seven years. If convicted, they could face a jail term of up to ten years.