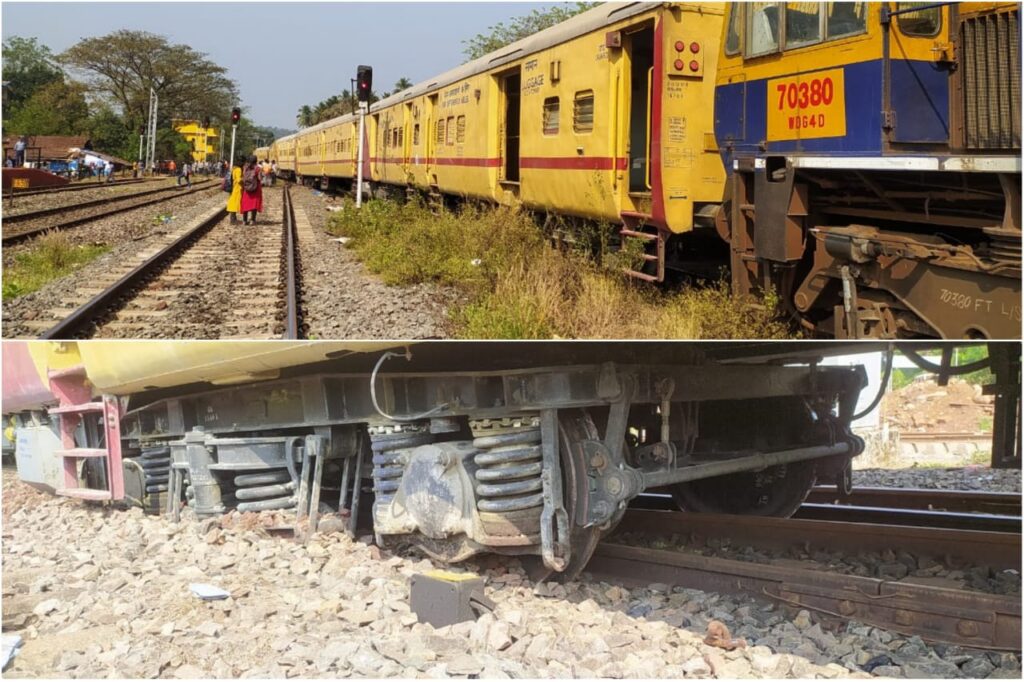 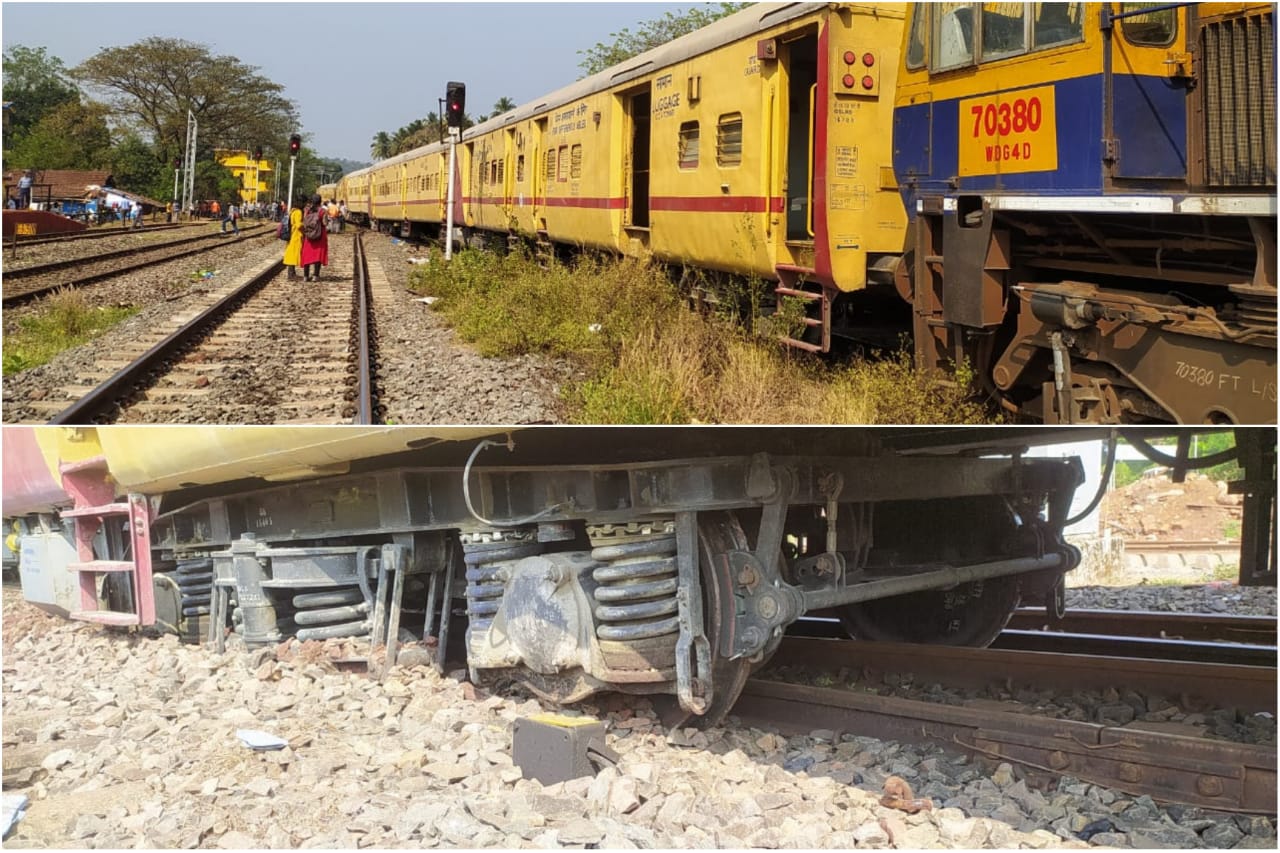 Curchorem: A major tragedy was averted after a bogie of parcel special empty train derailed at Curchorem this morning blocking the main line for nearly three hours.
Sources said the bogie derailed at Shirfod area of Curchorem, at 8.30 am after the joint of two compartment was disconnected.

Thankfully, sources said, nobody was injured in the incident.
Sources revealed that the train was moving on parking line when the incident took place.
The mishap delayed the Vasco to Lodha Express trains besides some goods trains.
None of the railway officials were ready to comment on the issue saying astatement will be issued by head office.

The head officials said the officers are on the spot to check the incident and more details are awaited.