Part of culvert collapsed at Camrabhat-Taleigao 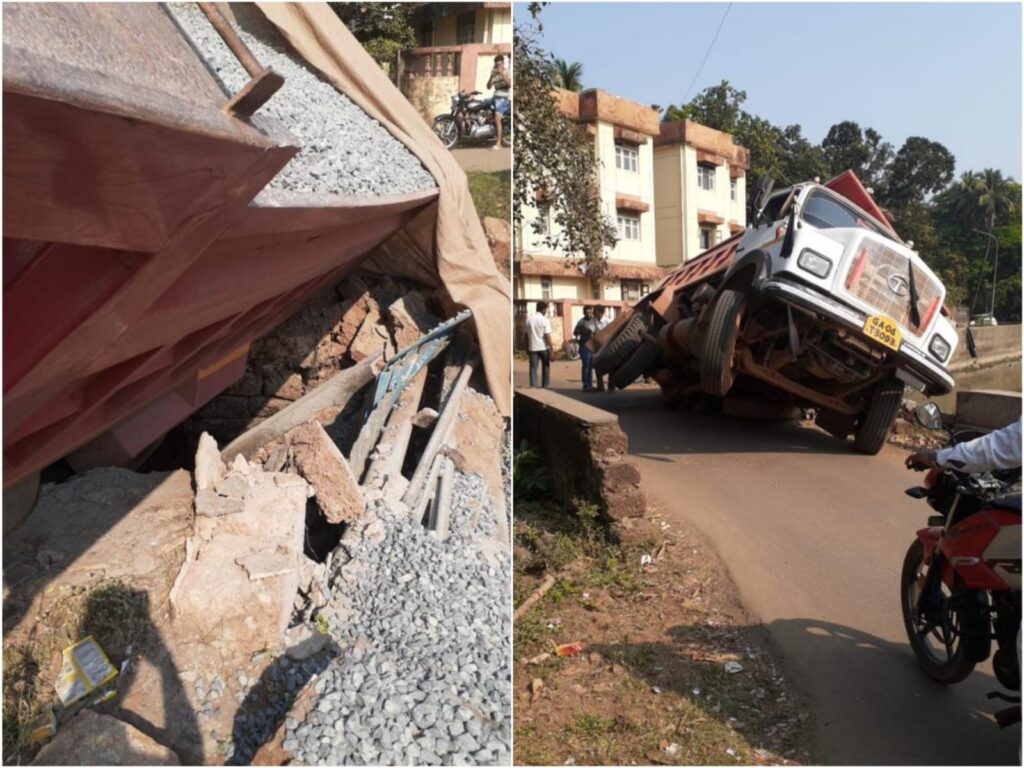 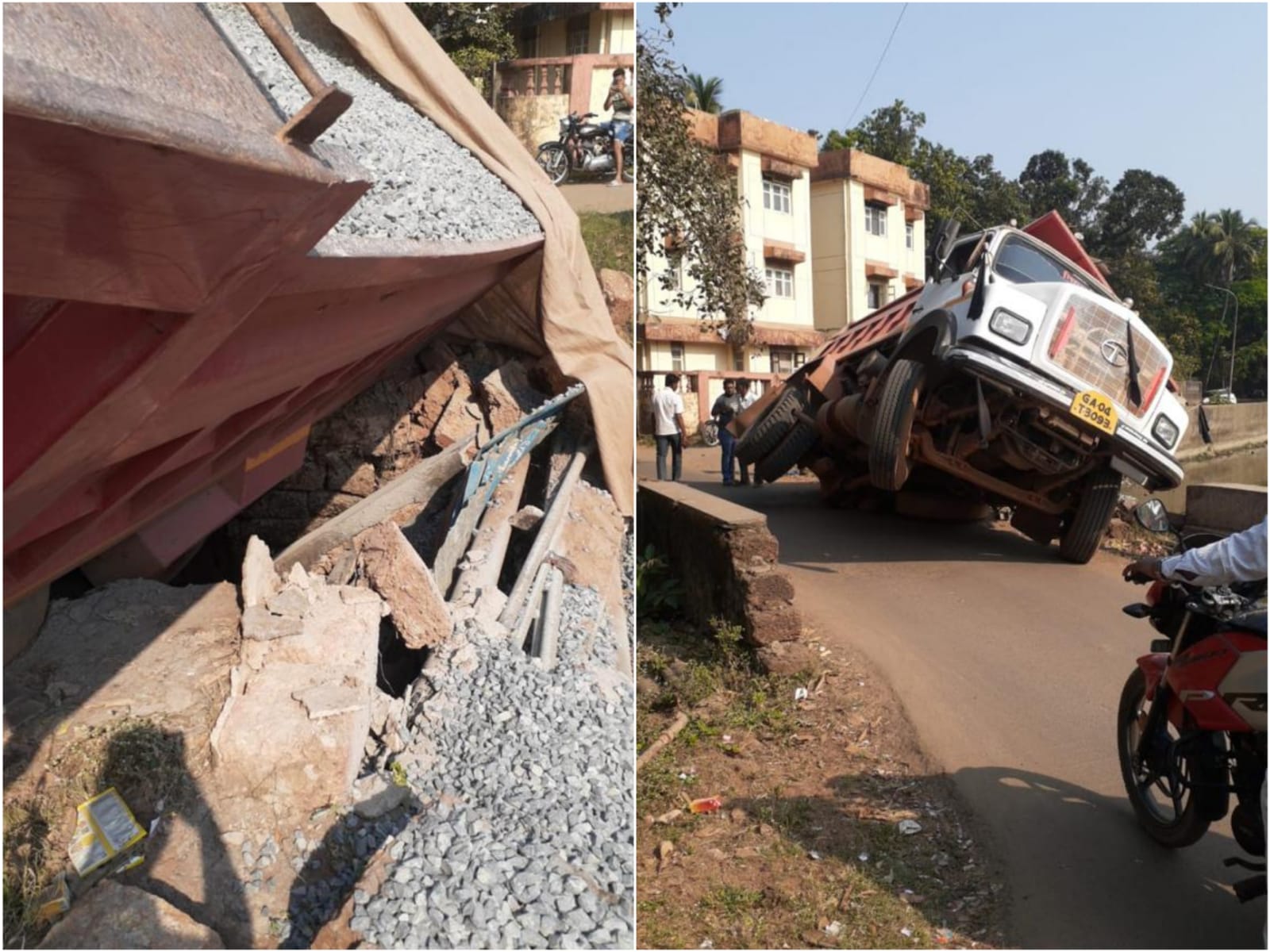 PANAJI: A part of the sidewall of the Camrabhat culvert collapsed today morning. However, no casualties were reported.
The Portuguese era culvert was to be taken down, paving for new and work was supposed to begin early next week.
This morning, a truck carrying cement blocks passed over through the culvert.
“We demand that restoration work be done at earliest as people moving out have to face hardships, and the culvert has become dangerous and can collapse at any moment,” said a resident.
He said that four-wheelers cannot pass through the culvert.
Locals say that the culvert was very old and needed to be demolished and built a new one.
Locals rushed to the spot and shut down traffic from both ends of the bridge, warning commuters not to use the damaged structure.
According to authorities, the main culvert at the entrance of Cambrabhat in Panaji partially caved in. While no casualties have been officially reported thus far, local police are trying to identify the exact cause.