People do not need representative who operates remotely from Bardez, they want a local leader: Fadnavis 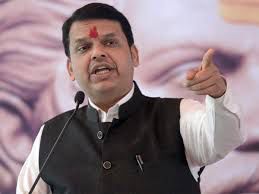 “we dont need to keep remote control for people who want to rule Bardez. Mhapsekars do not want a representative who operates remotely from Bardez, they want a local leader,” said Fadnavis

He further said that leaders who have amassed immense wealth are trying to capture Bardez taluka along with Mapusa.

He said that the BJP offered Utpal Parrikar, son of late Chief Minister Manohar Parrikar, two constituencies to contest election in the upcoming Goa Assembly polls. One of those is considered a safe party seat.

When asked about going alone in this year’s assembly polls, Fanavis said, ” BJP now has a big support base in Goa. We have sizeable number of both voters and cadres in every consituency in the state and our cadre feel that we should contest in all 40 seats in the polls.”

Former Chief Minister and BJP Leader of Opposition also said “we tried to forge alliance with Maharashtrawadi Gomantak Party (MGP) but they decided to go with Trinamool Congress (TMC).”

On TMC contesting Goa polls, he said, “the people of Goa have rejected TMC. People saw how Hindus were targeted in West Bengal  after the assembly election results there and there’s a natural reaction to it here in Goa where people feel its anti-Hindu party.”