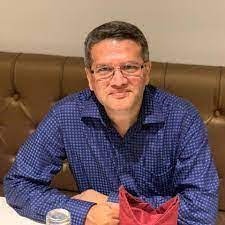 Goemkarponn desk
PANAJI: Commenting on the recent attack on Mapusa-based lawyer Gajanand Sawant by police officials attached to Porvorim police station, Aldona MLA & former Advocate General, Adv Carlos Alvares Ferreira said that police cannot use brute force while discharging their duties and sought a detailed probe in the matter.
“If a person is aggressive, police can employ techniques that can be used to diffuse a tense situation and stabilize a person. But just because police have guns or lathis, they cannot use them to assault a person. Even if the police claim self-defence, such brute force cannot be used. It should be proportionate to the assault that took place. We need to get to the root of the issue to find out what kind of protection is being given to the police officials who have been accused of assault and whether the police misused their position,” he said.
Ferreira said that he is raising the issue not because a person of the law fraternity has been assaulted but rather because a citizen has been assaulted. “I will stand up for any person when there is such kind of police brutality,” he added.