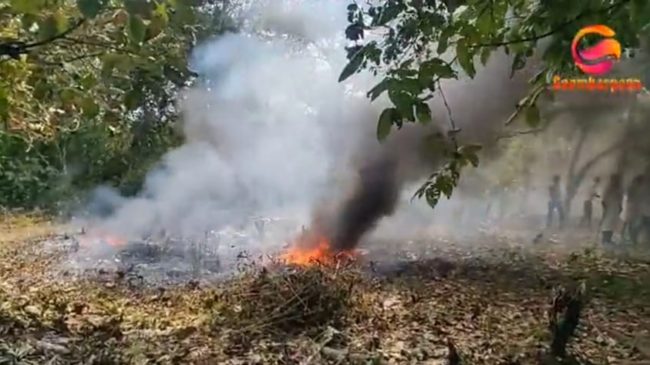 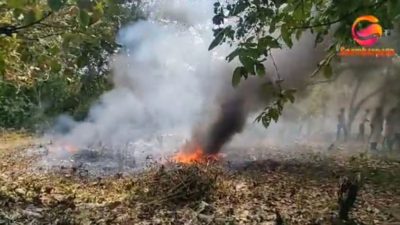 Shel Melauli (Sattari): The tense situation in Shel Melauli continued for the second day as the police resorted to lathi charge following which the locals began pelting stones on the police.

For the second day in succession, the land demarcation attempt of officials at IIT project site at Melaulim was disrupted by the villagers.

Heavy police was deployed as the people continued to disrupt the demarcation police resorted to lathi charge in an attempt to diffuse the protest.

However yet again today the police had to flee from the site as villagers started pelting stones.

Few protestors and police have been injured in the incident. Villagers said PI Sagar Ekoskar has assaulted and molested some women during the fracas.

They demanded immediate suspension of Ekoskar.

Villagers are demanding that the IIT Project be scrapped from their village.

Chief Minister Dr Pramod Sawant said that despite protests the demarcation will continue.

“I have called for talks with the villagers but the demarcation will continue,” said CM.