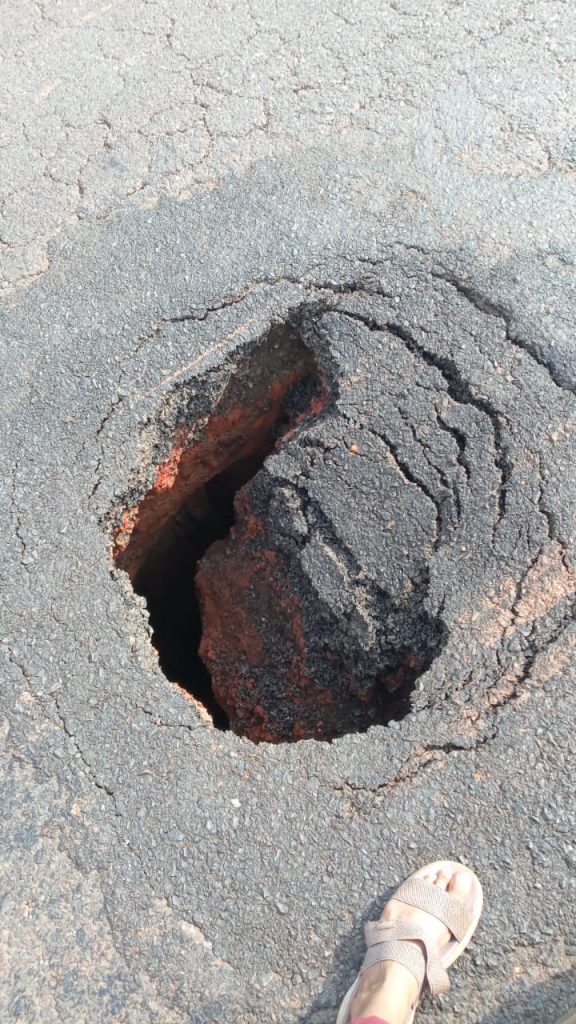 It may be recalled that since 2016 the work on 15 MLD Sewerage Treatment Plant(STP) is progressing in Ponda , however still the work is pending while at some places especially at time of rainy season the sewerage manholes caved in raising doubt about quality of work.

Recently one manhole on NH Farmagud – Dhavlim Highway was collapsed , however alert locals informed the sewerage officials following which the collapsed manhole was barricaded.
He also said that incase sewerage collapsed at night time it would turn into disaster as street lights on some roads are non functional may pose risk to motorist.

He said whenever sewerage manhole collapse the team of sewerage department should be kept ready to rush and barricade the collapsed chamber to prevent accidents to vehicles and citizens moving on road.