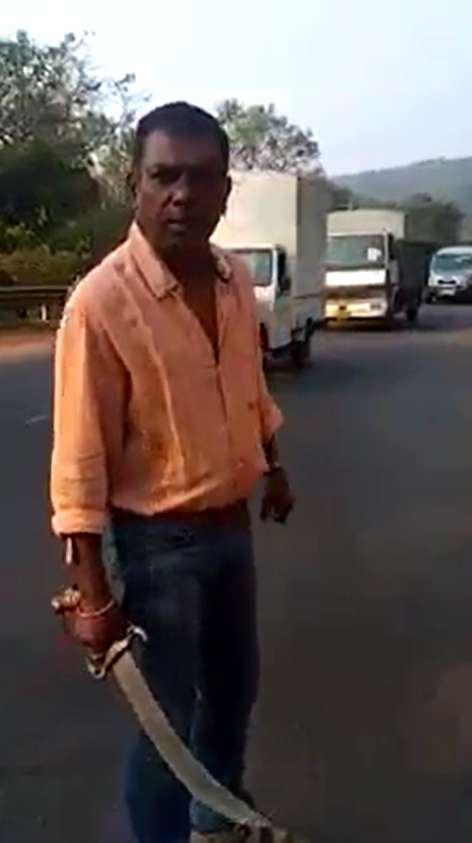 PONDA: Ponda Police have arrested Jailesh Naik, who was accused in the clashes that took place in Bhoma over sand transportation issue.

Naik was directly arrested by Police soon after he was discharged from Goa Medical College (GMC).

The accused has been booked under section 3 and 25 of Arms Act.

A group of four locals allegedly restrained a sand-laden truck from Maharashtra which arrived at Bhoma.

A local from another group had brandished his sword to threaten them for stopping his sand-laden truck from Kudal.

The incident, had taken place at 6 pm, caused fear among the commuters as traffic was blocked along the Highway for some time.