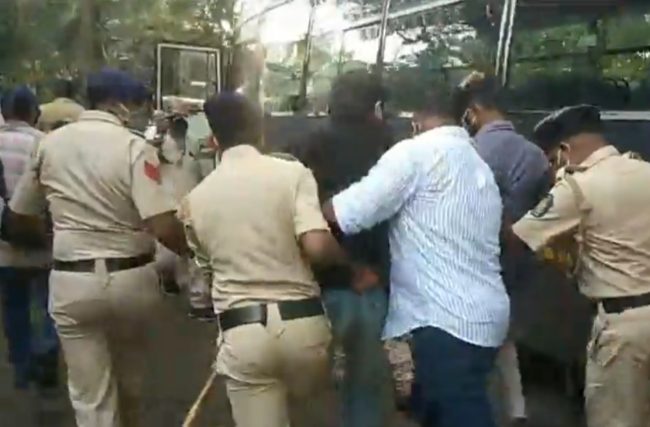 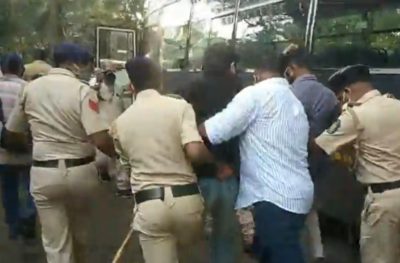 The leaders including Mahesh Mhambrey, Hrudaynath Shirodkar, Gina Pereira, Cecille Rodrigues amongst many others.

The activists had sat on a dharna since afternoon shouting anti-government slogans for Karnataka diverting Mhadei water.

The Goa police team was called and all the agitators were detained and sent in the bus to police station.

The activist shouted that they did not commit any  murder or any other crime and were only here to save mother Mhadei.

Mhambrey said they wanted to meet the CM and hand over a memorandum, which he declined to do.