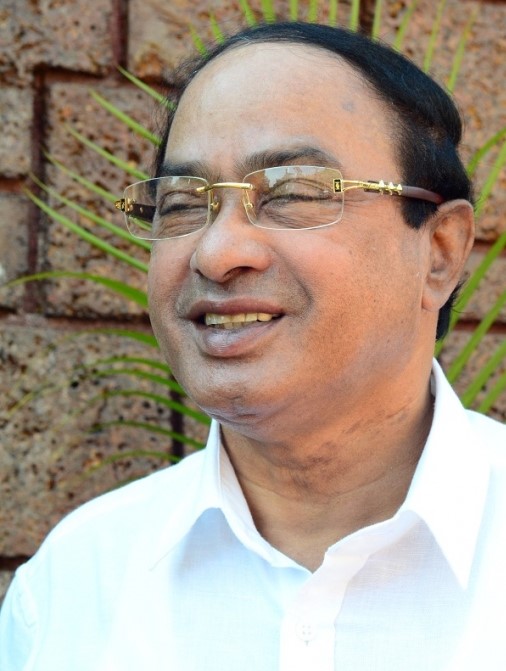 Goemkarponn desk
PONDA: Ponda MLA Ravi Naik began “Chai Pei Charcha” in Marcaim to gauge voters’ mood and claimed he is getting a good response from people who were once his voters in 1989 elections.
Ravi was elected from marcaim in 1989 and later became Chief Minister of Goa in 1991 after he split from MGP to join Congress.
Ravi is still an attraction in Marcaim as whenever he visits, a lot of supporters surround him.
At present, Ravi is strong in Ponda and Sudin strong in Marcaim.
However, Marcaim voters say if Ravi-Sudin Fight against each other in Marcaim, it would be the first high voltage battle in Marcaim since the 1994 Election.
During his Chai per Charcha, Ravi says he is still a Congress MLA but may contest as Independent Candidate either from Marcaim, Ponda or even from Shiroda Constituency.
Stating that individual performance matter’s most and not the Party symbol, Ravi says he is yet to decide on his plans.
“Nobody can predict what is in store for the future,” quipped Naik when asked about his plans ahead for 2022.
During his Chai Pe Charcha, Ravi has been inquiring with locals about the developments taking place in the village and constituency.
“I cannot see any major development in Marcaim after I left from here 25 years ago,” he says.
Ravi lost Madcaim in 1994 to Shripad Naik and later switched back to Ponda.
His two sons – Roy Naik and Ritesh Naik (Councillor), joined BJP.
There is speculation that BJP would give ticket in the assembly election to Ritesh Naik either in Ponda or Marcaim Constituency.
If Ritesh gets BJP ticket in Ponda, then Ponda Congress MLA Ravi Naik may contest as an Independent candidate from Marcaim.
However, Ravi did not reveal his plans. He says he is still in Congress.