Reservations must be declared a year in advance: SCM 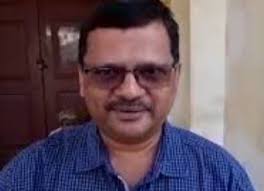 Margao: Shadow Council for Margao demands that the reservation of wards for all local bodies should be declared at least 1 year in advance, considering the fact that the tenure of the local body’s is a fixed term of 5 yrs.

“Grievance if any could be addressed within the one year period, thus avoiding such issues as witnessed in the present situation. We further demand that proper guidelines should be framed, so that whichever government is in power should not misuse the provisions of reservation,” SCM said in a release here.

“The new reservation list announced today, has affected over 50 candidates from the 14 wards, who had tirelessly campaigned and incurred quite a bit of expenditure. They may either not qualify to contest from the same ward, or may have to face different opponents”, SCM convener Mr. Savio Coutinho stated.

He said that apart from this, the candidates from the remaining 11 wards that are not affected by the new reservations, are also likely to face the change of symbol in the event of new candidates coming in, or some candidates opting out.

The discrimination or favoritism in reservation of wards has always been the tool for the government in power, to either knock out perceived threats or to favor certain supporters of local leaders. With such biased practice, the very essence and purpose of reservation stands defeated, Mr. Coutinho lamented.