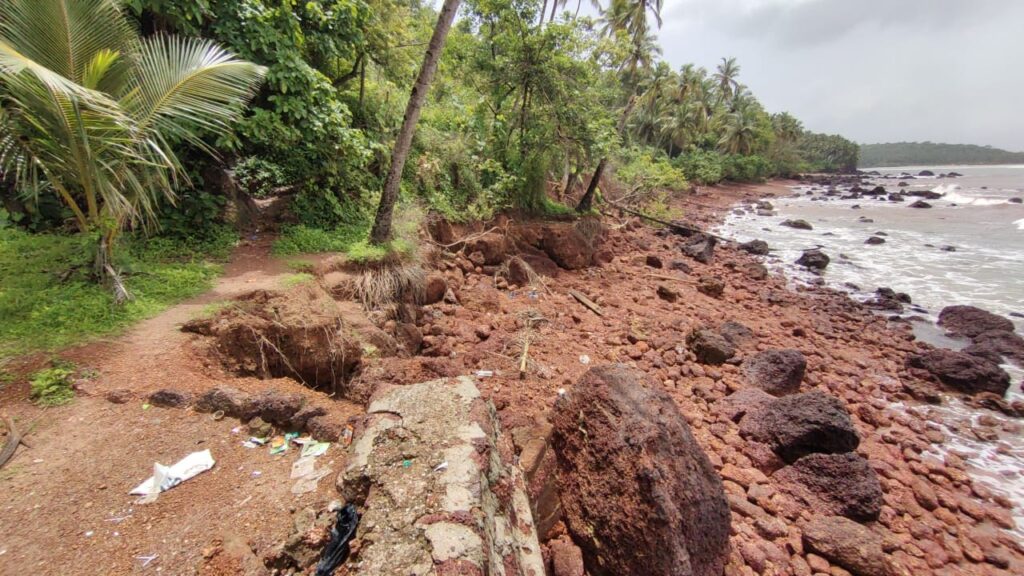 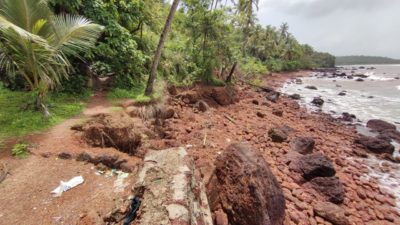 Goemkarponn desk
VASCO: Several residents of Hollant Beach in Issorcim area on Monday appealed the authorities and government to intervene and immediately repair the retaining wall that had collapsed during the cyclone Tuktae .
Former Sarpanch of Velsao panchayat Lourenco Rodrigues, claimed that no authorities had bothered to pay a visit at the site and take up restoration works giving a feeling that the area had been completely neglected along with the residents.
Rodrigues said that the place had historical value with many monuments from Portuguese era including an old custom house outpost. He also said that the villagers feared that the houses could be washed away as the mud was already being washed away and requested the Government to intervene and take up works because Hollant Beach was also a tourist spot.
Other residents also demanded that the retaining wall be taken up immediately.
However when contacted ward panch Nandita Dayal, she refuted claims made by the residents and said that incident had occurred during the cyclone and was immediately reported to the National Disaster Management authorities. Dayal while refuting allegations said that even Cortalim MLA Alina Saldanha had come for a site visit within two days of the cyclone and took the matter with necessary Authorities and assured the action and remedial measures would be undertaken soon