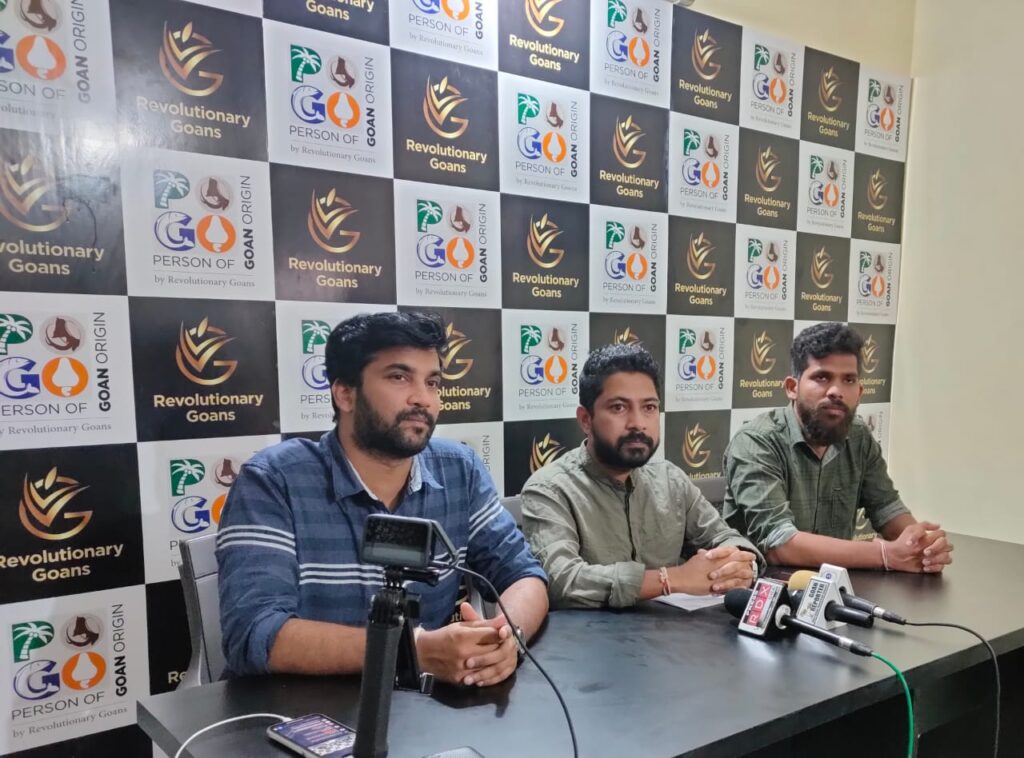 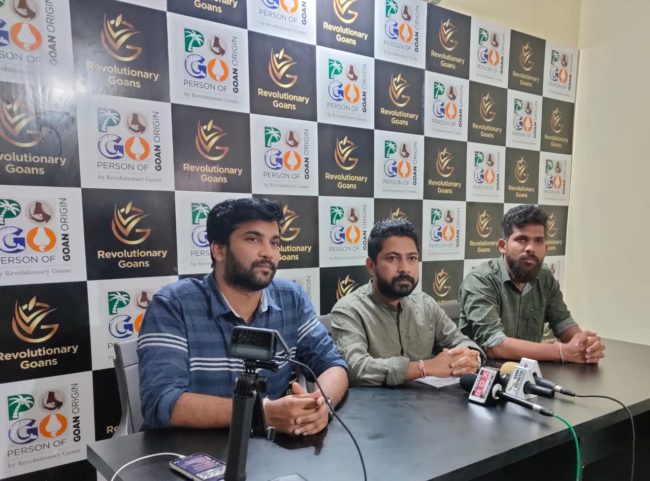 PANAJI: Accusing Tourism Minister, Babu Ajgaonkar for making imaginary statements in regard to the Mopa Airport and portraying utter lies, the Revolutionary Goans supremo, Manoj Parab on Friday demanded that the dictatorship going on in Pernem by the local MLA and his supporters be stopped.

In a press conference held in the capital city, Revolutionary Goans questioned Ajgaonkar and the government regarding the proposed Dhargal to Varconda road which will connect NH 66 to the new airport at Mopa and sort clarity on the same as it is being opposed by the locals.

“He is asking the farmers to offer alternate road option for Mopa airport and at the same time is saying that only 5% of the locals are opposing the same. I would like to ask on the basis of what survey did he make this statement. 80% of the people who lost their lands for the Mopa airport did not receive their compensation.

I would like to know how many local youth/land losers are employed at the existing Mopa airport work. The *megabyte* company carrying out the Mopa airport construction work only employs migrants,” questioned Manoj.

He went on to demand from the Tourism Minister his employment master plan for the local youth at the Mopa airport.

“There is no skill development institute or training centre for Mopa airport skill development. On what basis is Ajgaonkar is saying that 90% Mopa Airport work is completed? In fact, shame on Ajgaonkar that the High Court has dismissed the fake case he has filed on Revolutionary Goans,” he added.

The Revolutionary Goan further went on to point out that there is no employment for Pednekars or goenkars In Ayush hospital.

Dhargal and surrounding villages are loosing land on this mega projects making locals loose their livelihood who are mainly dependent on farming and cashew plantation.

The MLA of Pernem flaunts about the Rs. One crore worth toilet built in his constituency which should actually qualify for the Guinness Book of World Record. Of what use is this toilet when there is no adequate water supply and people are suffering.

The Revolutionary Goans also remarked that the Health Minister, Vishwajit Rane and Chief Minister, Pramod Sawant had earlier said that there will be an IIT in Melauli; but finally the government had to scrape it due to stiff opposition from the locals and the same will be repeated in Pernem as well.

“The Pogo bill will be a one time and universal solution which will ensure local employment in any project,” signed off Manoj.