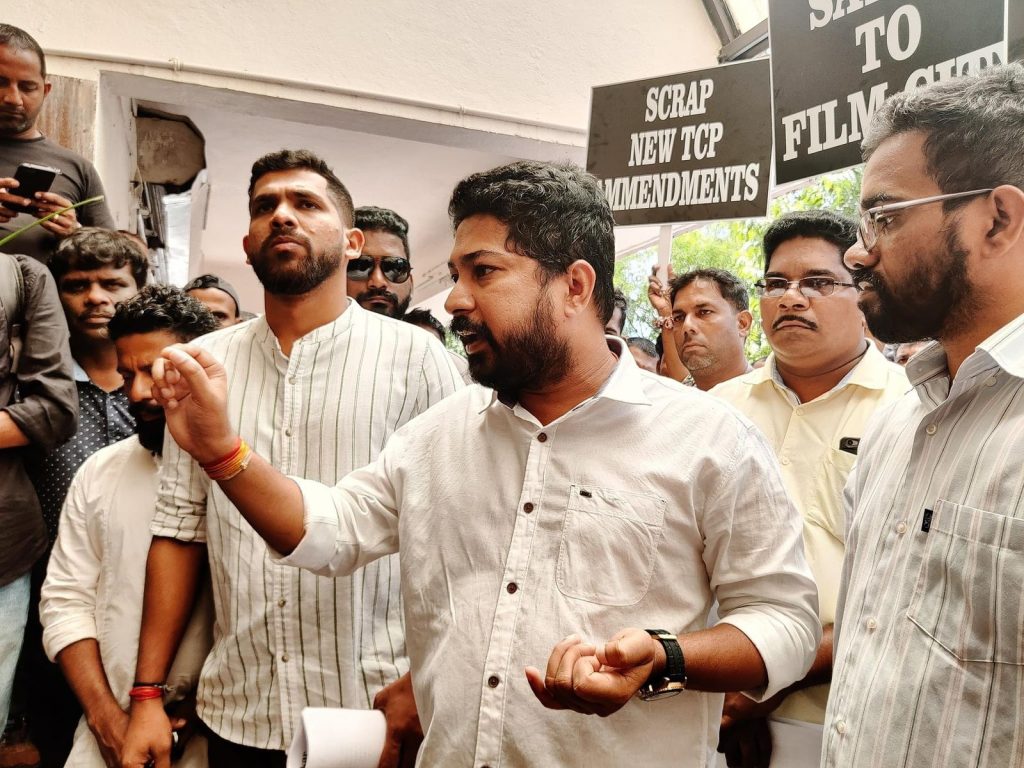 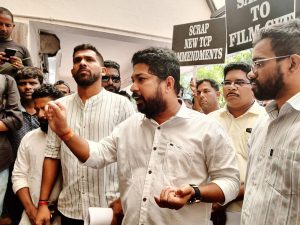 Goemkarponn desk
PANAJI: The Revolutionary Goans Party (RGP) today, along with concerned citizens, submitted objections to the draft Town & Country Planning (TCP) Amendments.
RGP and its members also led a protest outside the TCP office in Panaji against the amendments to the New TCP Act.
“Today, RGP members and Concerned Citizens of Goa submitted objections to Draft TCP Amendments. These amendments, if a reality, will finish Goa and Goans,” said RGP President Manoj Parab.
He further said that the amendments will also allow projects to come up in agricultural land and low-lying areas, which was not allowed earlier.
During the protest, it was also alleged that it is the BJP government’s hidden agenda to benefit the builder’s lobby. 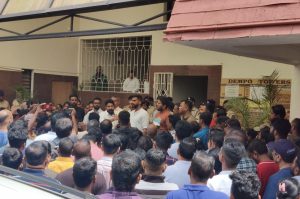 “Unauthorised structures of the rich and the powerful are sought to be legalised through the amendment, which includes the Old Goa structure as well,” they said.
Parab then issued a warning that if the government does not withdraw the amendment, RGP will be forced to hit the streets.
Meanwhile, Manoj Parab also urged Goans to submit their objections to the amendment before September 27, which is the last date for submission of objections.
“Our team is willing to help the people draft their objections,” he said. 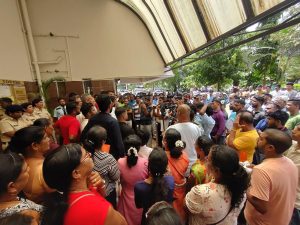