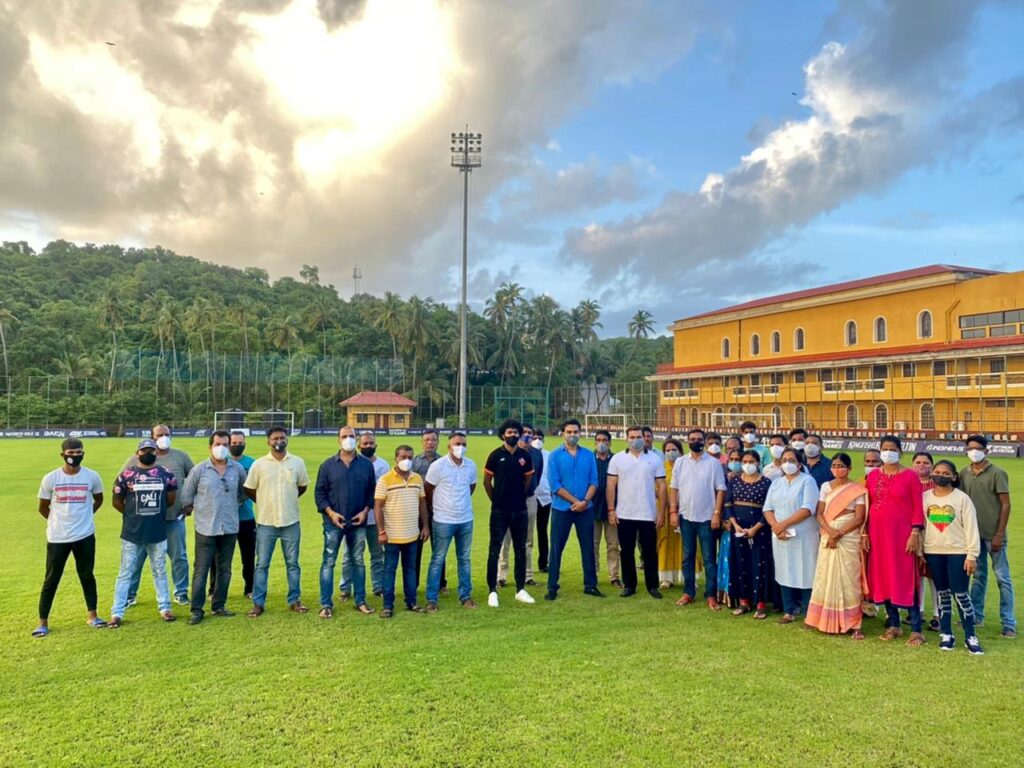 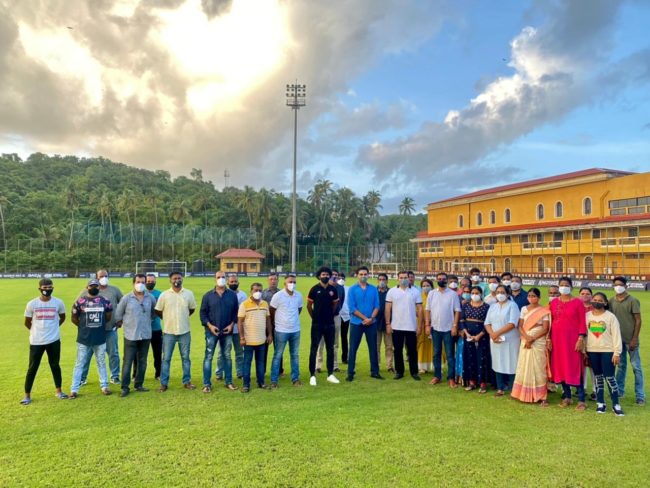 Goemkarponn desk
Porvorim: The dream of playing football for the national clubs have come closer for the young talent of Porvorim with the commissioning of Salvador do Mundo multipurpose ground at the hands of MLA Rohan Khaunte.
The state-of-the-art ground with multipurpose facility has been constructed with the support of FC Goa and Sporting Club de Porvorim.
The facility was inaugurated in the presence of Khaunte, FG Goa’s CEO and Co-owner Akshay Tandon, national football player Glen Martins and Salvador do Mundo Sarpanch Sandip Salgaonkar.
Khaunte said that the ground would help the sports talent from Porvorim to achieve their dream of playing for the national clubs.
The ground was inaugurated on Tuesday but will be officially open for the public from July 01 onwards.
The Porvorim MLA said that the facility had been created for the people of Salvador do Mundo and the entire Porvorim area. He said that panchayat had signed an agreement with FC Goa Club for the development of this ground, which was waiting for its proper renovation for a long.
He said that the work undertaken by Goa State Infrastructure Development Corporation of developing the ground was not up to the mark, due to which the FC Goa pitched in with its resources.
Khaunte said that the ground could be used for playing football and also cricket. He said that FC Goa has already tied up with the clubs at Porvorim, wherein they will be mentoring the children to become international football players. The players will also get to play for FC Goa.
FC Goa’s CEO Akshay Tandon said that they wanted to start something from scratch, but at the same time, they knew that there are grounds in the state which can be developed into a good facility.
He said that Salvador do Mundo panchayat and its officials were the first ones to be ready to team up with FC Goa to set up this facility.
“We want that any Goan who has the ability to play football should be playing for FC Goa,” he said.