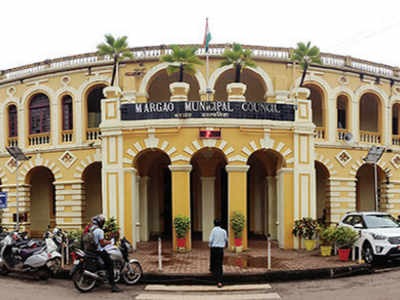 Goemkarponn desk
MARGAO: The Shadow Council of Margao has approached the Crowd gatherings during municipality election campaign as COVID pandemic is on the rise in Margao, Goa.
“We wish to bring to your notice that the election process for Margao Municipal Elections has not yet commenced, yet we are noticing that certain political parties are gathering in big numbers to campaign in the areas of Fatorda and Margao,” Savio Coutinho, convenor SCM said in the letter.
He further says that it is apparent that the order above referred is only limited to restricting crowding during the celebrations of Holi, Easter and Eid.
However, it is our submission that restrictions are the need of the hour even in other activities that encourage crowding without proper use of masks and with no social distancing, SCM says.
“It is our sincere appeal that political parties be restricted from moving around and inside the communities to campaign for their candidates in view of the said upcoming elections. At this time Shadow Council for Margao has also fielded candidates to contest the said elections,” SCM writes.
However, it further says, the candidates being responsible regarding the pandemic as also having regard for the life and health of people of their ward hive consciously avoided moving within the community. However, it is noted that the same discretion is regrettably not observed by persons in power.
“It is noteworthy that the elections to the Municipalities in Goa were hitherto postponed in October 2020 and again in January 2018 citing the pandemic. It was a safety and protective measure. Today we are faced with the same rise in patient cases and the political parties are jeopardizing the life and health of the people for their personal gains,” SCM says.
The body further says that it is the need of the hour to curb all such campaign.
“It is alarming that the COVID cases and deaths are rising and the State is burdened with the careless attitude of the people which is the reason why the above referred order was made. In the same light, it is the need of the hour to restrict election related crowding in Margao Municipal area without any delay in the interest of protecting the people. We do not have any personal axe to grind with any particular party, as such do not wish to name any,” it says.