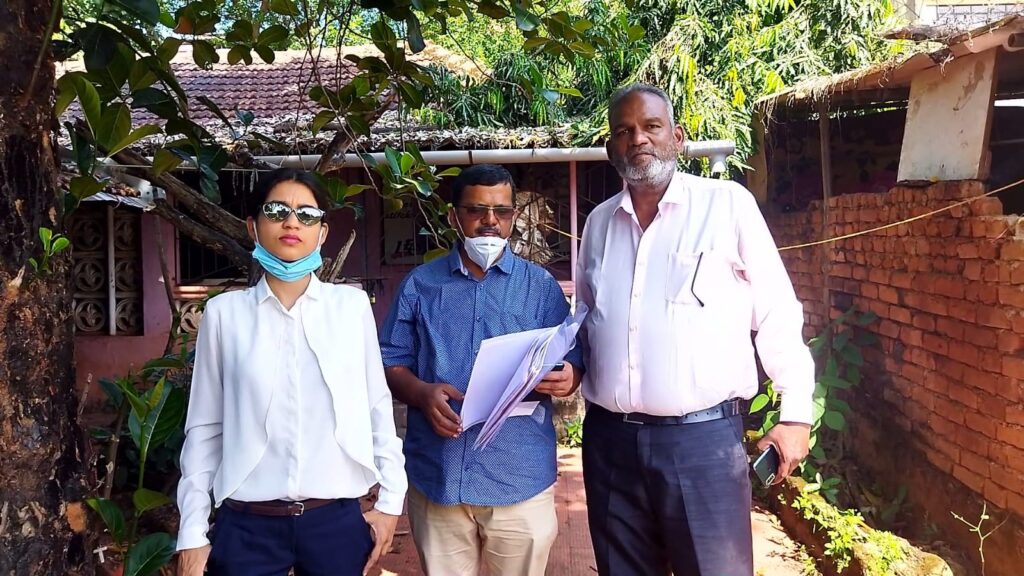 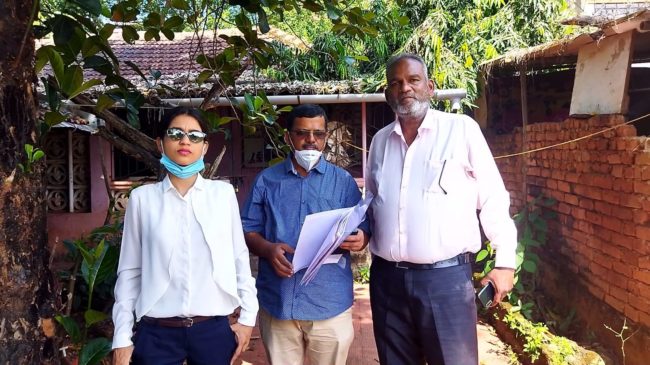 Goemkarponn desk
MARGAO: Shadow Council for Margao came down heavily on the MMC and some elected representatives trying to misguide people over cutting trees.
Addressing the media at Mestabhat Margao, SCM Convener Savio Coutinho, along with Adv. Seoula Vas deplored the authorities for misinforming a local resident that the tree cutting is being objected to by Shadow Council for Margao.
A local resident Romeo David who was also present at the press briefing stated that he had approached Coutinho and brought to his notice that a Jackfruit tree, dangerously Standing near the house of one Rosita Miranda, could not be cut as the authorities told Romeo David that Shadow Council for Margao had objected to the same. However, upon clarifying with the SCM, it is observed that the facts are totally different, stated Romeo.
Coutinho lamented that the Council and other representatives were trying to cover up their wrongs by blaming the SCM for no reason. The tree at Mestabhat was not even figuring in the list of dangerous trees listed through some survey supposedly conducted by the MMC and the Collector’s/Mamlatdars office.

The fact that this tree, which is actually posing a danger to the residents, isn’t part of the list identified goes to prove that the survey conducted was not in the public’s genuine interest, but smacked of vested interests behind the identification, charged Coutinho.
While healthy trees, posing no danger, have been listed for trimming only but have been fully cut down to benefit certain supporters of elected representatives.
Adv. Seoula Vas charged that there was a lot of hanky panky going on in MMC at the cost of the public exchequer.
Tree’s that were already cut/trimmed by Municipal workers are being tendered for cutting/trimming through Municipal funds. Incidentally, even the District Collector who had issued the order for cutting/trimming of trees way back in May 2021 seems to be turning a blind eye to the representations with documentary evidence submitted by citizens and tree’s lovers.
Adv. While requesting the authorities not to cover up the fraud angle in the tree cutting issue, Vas cautioned that the SCM would not hesitate to approach the Vigilance/Anti-Corruption Branch for an inquiry to reveal the truth within the case.