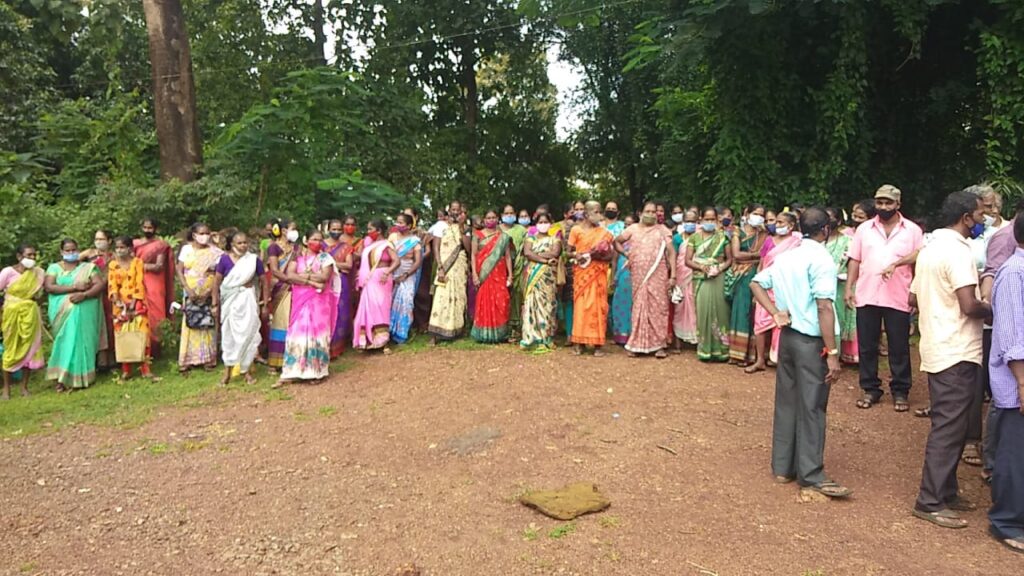 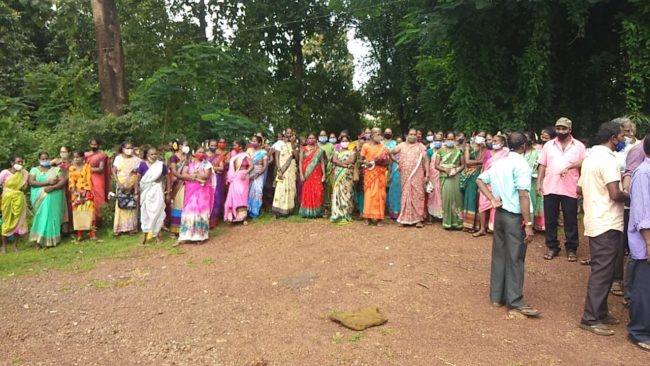 Goemkarponn desk
VALPOI:
The villagers of Paikul and Shel Melauli knocked on the doors of Sattari Mamlatdar Dhasrath Gawas once again after the authorities failed to take action on their memorandum submitted last month.
The citizens marched to Mamlatdar’s office to demand answers to their questions of water and road connectivity.
The Mamlatdar assured the locals that the government is serious about their issues and a solution is being worked out.
After the July 23, 24 floods, teh bridge at Paikul collapsed, and the village has lost connectivity. Similarly, the Shel Melauli village and the Paikul village is facing severe issues of drinking water shortage.
The villagers demanded speedy construction of the Paikul bridge.
Last week, teh villagers had submitted a memorandum to Rajesh Ajgaonkar, Deputy Collector, Sattari taluka.
Today, more than 100 citizens came to the Valpoi Mamlatdar office to demand action.
The delegation met Mamledar, who said that serious consideration is being given to the problems raised.
Mamlatdar said a special agency has been appointed, and an underground aqueduct will be laid to supply water for the villages.
He said the work in this regard will start soon.
Similarly, he said, a tender will be issued in the next two weeks to construct a new bridge at Paikul.
Ajit Desai, a local, later told reporters that they had come for a follow-up and answered the questions we raised in the last memorandum.
On behalf of the villagers, Desai warned that if no action is taken in this regard within two weeks, they will come to the Mamlatdar and Deputy Collector’s office once again to demand answers.