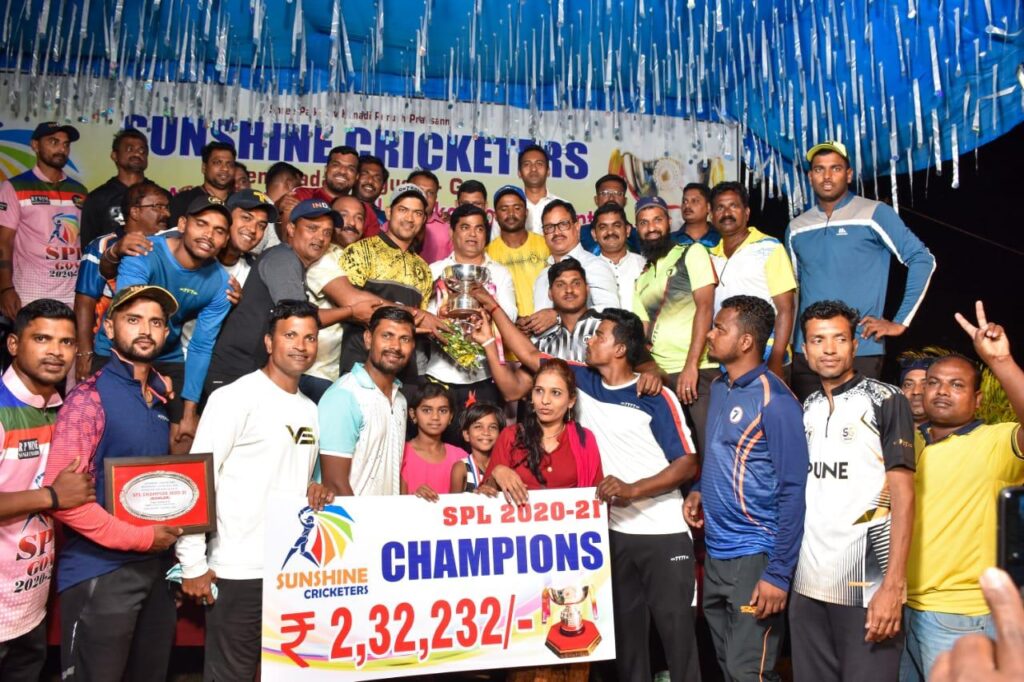 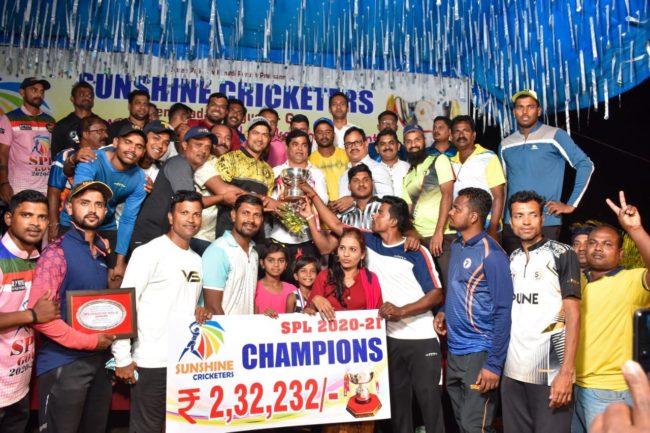 Chasing the target, Sidhivnayak Sports started on a shaky note, losing quick 4 wickets in 1.4 overs at the score of just 17 runs but 5th down Krishna Satpute scored brilliant and cracking half century in just 19 balls to win the Goa’s biggest prize money tennis ball cricket tournament.

Goa deputy CM Chandrkant Kavlekar was the chief gust and Sanguem MLA Prasad Gaonkar along with Subhash Faldessai were gust of honour for the prize distribution ceremony.