SIGNIFICANT drop in COVID19 testing in the State; Is this “deliberate” attempt to hide cases? 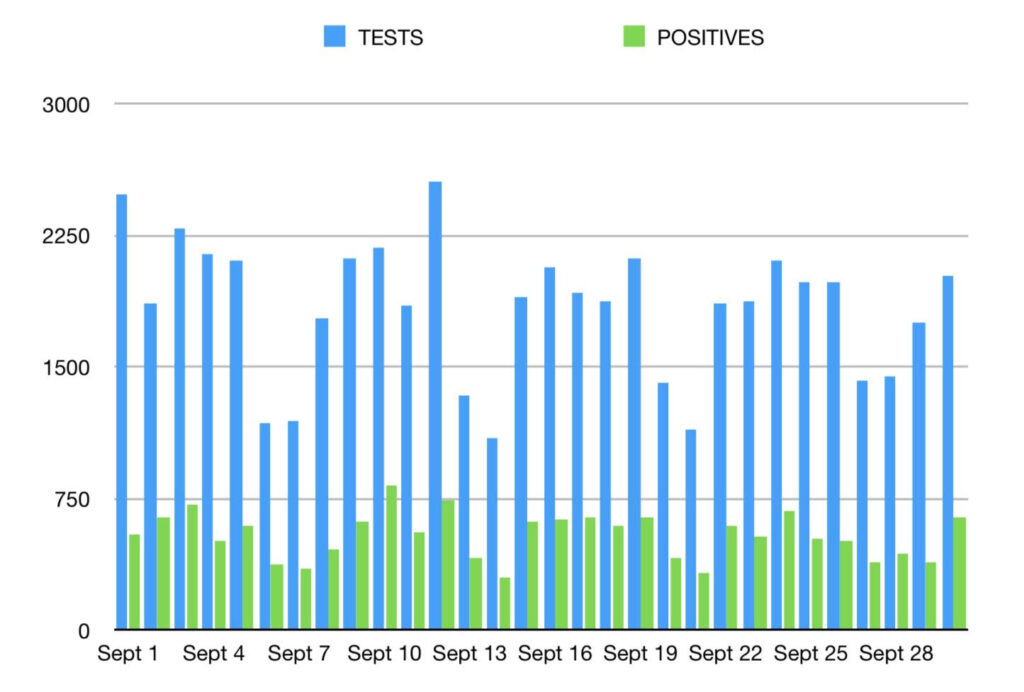 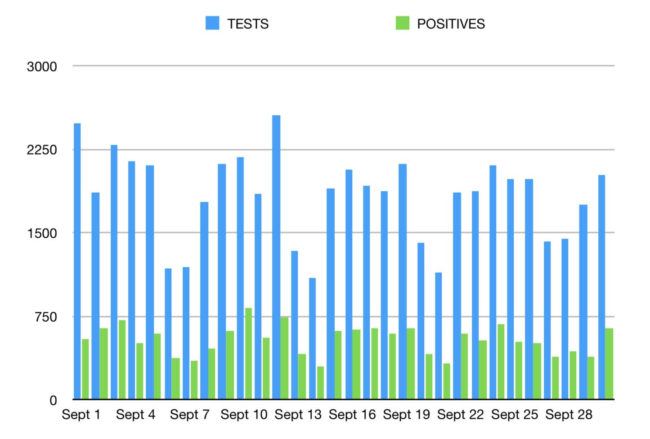 When all the States in entire country are ramping up the testing facilities for COVID19, Goa has suddenly gone slow which seem to be a clear case of government trying to hide number of positive cases in the State.

As per the data available, in September month State conducted just 55053  and the out of that 15949 persons tested positive for COVID19.

A whopping 28.97 p.c of the tested people have tested positive giving and indication that more tests will give much more positive cases in the State.

While the State claims to have tested 254801 individuals till September 1, which means 16.98 p.c of the population has already been tested which is much higher then the national rate, health minister Rane claims.

However, what defies logic is that when other states are ramping up the testing facilities, why has Goa decided to slow down?

In September only 11 times State crossed the 2000-plus testing mark.

Initially, in May, June, July, the State was almost testing around 3000 samples but in last one months the average has just 1835.1.

Sources reveal that the testing has been reduced as many of the testing staff has tested  positive besides the RT-PCR machine at the GMC is breaking down frequently.

The Abott RT-PCR machine, a Greman made machine, had broken down in its initial period as one part was faulty.

“That part has been replaced now and the machine is working fine now,” said GMC Dean Dr Shivanand Bandekar.

He said more TrueNAT machines will be acquired to ramp up the testing.

A Stanford University study that assessed the quality of Covid-19 data reported by states in India named Goa as one of the ten worst performers in this category, just behind Chhattisgarh.