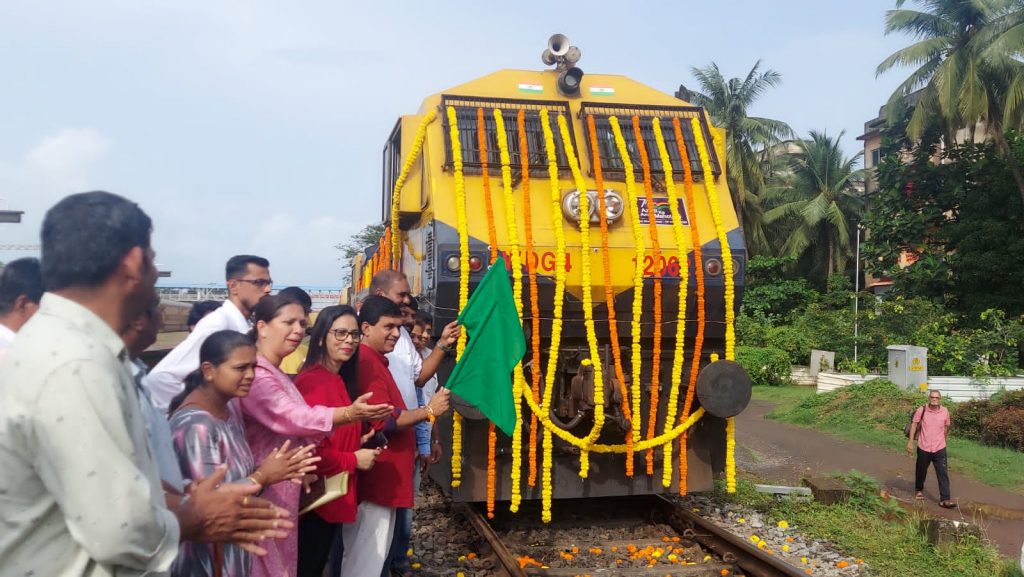 Goemkarponn desk
VASCO: In a major development which will help pilgrims to visit the Vailankani feast without much hassle, the Vasco MLA Krishna Salkar flagged off the special Vasco Vailankanni train from the Vasco Railway station.
MMC chairperson Leo Rodrigues was also present for the flagging off.
Salkar said he had previously demanded special trains between Vasco and Vailankanni fr teh annual feat of Vailankanni on September 8.
“I am happy that the South Western Railways has agreed to start the train. Several Goans can now take advantage of the train for their pilgrimage,” he said.
He said upon request, the Railways has also increased the bogies from 18 to 21 to accommodate more pilgrims.
“The train departure timing has also been altered from morning to night so that pilgrims can get more time during the feast,” he said.
He said they will put more trains and increase the frequency from that year onwards.
“We have asked the Railways to have an additional train to Vailankanni during the feast and also demanded them to re-start trains between Vasco and Chennai,” he said.