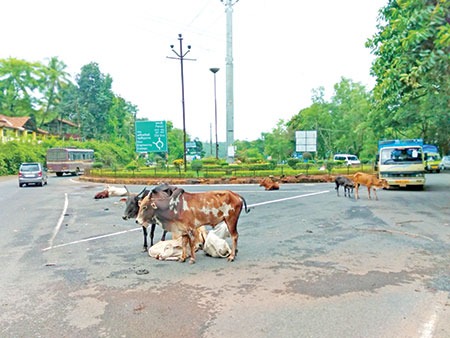 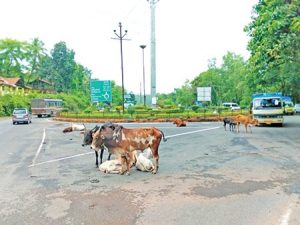 Goemkarponn desk
PONDA: The Stray cattle claimed yet another life on Saturday morning in Goa.
Ramlal s/o Prakash Salunke, age 20 yrs, r/o H.No.81, Metawada, Dharbandora-Goa rider of Activa scooter died in an accident at Khandepar Usgao Junction today early morning.
According to Police, the scooter rider bearing No. GA-12-B-4452 was proceeding from Khandepar to Usgao, and when he reached the junction, he dashed to one buffalo that was crossing the road and lost his control and fell down along with the scooter, which skidded and collided with an oncoming 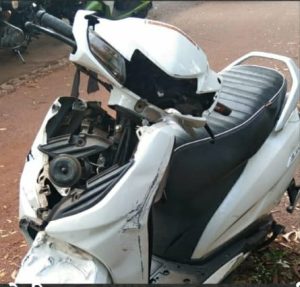 Pulser bearing No. GA 05-M-3592, wherein he sustained bleeding injuries.
He was shifted by 108 at SDH Ponda, where he was declared brought dead by Medical Officer. Further, conducted inquest panchanama and preserved the dead body at SDH Ponda.