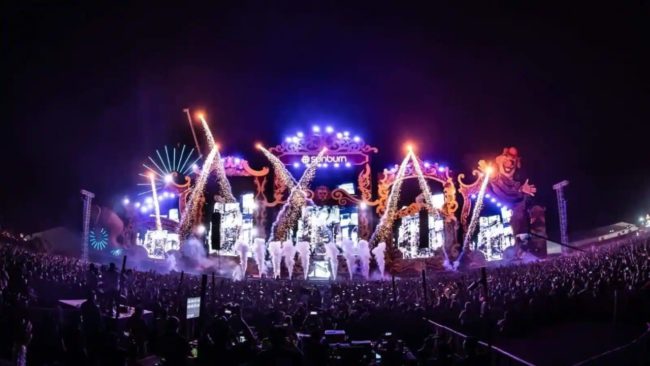 Goemkarponn desk
PANAJI: Despite the State government’s rejection, Sunburn festival organizers Percept Live have said that
they would have the event in “smaller limited capacity”.
“Sunburn event be held at Vagator, Gconcerningto Dec 29. This press note is issued with respect to the recent speculation about Sunburn festival Goa in the media. Percept Live would like to clarify that an initial application was made for mega Festival at Vagator in Goa at a similar mega scale as it used to take place earlier,” the release from the organizers said.
It added, “Under advice from the Government of Goa, it was decided to not pursue this mega festival any further due to the covid pandemic. Hence the Sunburn mega festival is not taking place in Goa this year.
“However bearing in mind the improving situation and with nightlife & events slowly making a come-back, Percept has tied up with Hilltop, Vagator to produce a smaller limited capacity Sunburn event from 27-29th Dec at Hilltop, Vagator, Goa,” the organizers stated.
“This event is being organized with the support of the requisite authorities. The planning for the same is currently underway and Percept looks forward to welcoming the fans in Goa very soon,” the statement further added.
CM Sawant had announced earlier this week that the government has not given the festival organizers permission to hold the event this year.

Offence Registered against post office employee for breach of trust

Goemkarponn desk A 19 year old youth from Guirim was killed in a road accident after a speeding truck, coming from a opposite direction hit ... Read More