The bench also clarified that neither delimitation nor triple test compliance can delay elections A bench of justices AM Khanwilkar, AS Oka, and CT Ravikumar said no reservation for OBCs can be provisioned until the triple test exercise mentioned in a 2010 Constitution bench verdict is completed 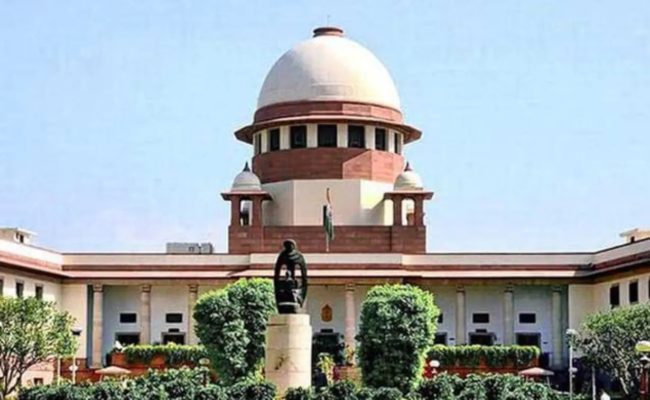 Goemkarponn desk
PANAJI: On Monday, Panchayat Minister Mauvin Godinho said that the Government of Goa will seek the opinion of the Advocate General Devidas Pangam on the recent Supreme Court order on triple test on OBC reservations.
It seems like the State government has misinterpreted the SC order in the case of Madhya Pradesh. The SC asked the State Election Commission of MP to notify local polls without an OBC quota.
The Supreme Court has said that the elections cannot be delayed for OBC reservations.
“Neither delimitation nor triple test compliance can delay elections,” SC said.

Here is what the SC said….

Last week, the Supreme Court directed the state election commission (SEC) to notify local body polls in Madhya Pradesh within two weeks without the other backward classes (OBC) quota while mandating all states to follow the triple test laid down for such reservation.
The test involves the appointment of panels, gathering empirical data for quantifying the extent and backwardness local body-wise, and ensuring the quota does not exceed the 50% ceiling.
“No reservation for the OBCs can be provisioned until the triple test exercise mentioned in a 2010 Constitution bench verdict is completed in all respects,” a bench of justices AM Khanwilkar, AS Oka, and CT Ravikumar said.

The election process cannot be delayed: SC
As the Goa Panchayat Minister Mauvin Godinho said that elections could be held in November now, teh SC has said the polls cannot be delayed.
The election process cannot be delayed as it would result in a hiatus upon the expiry of the five-year term, the bench said, adding it is the constitutional obligation of the authorities to hold elections on time.
“The state election commission need not wait any further but shall notify the election programme without any further delay in respect of local self-government whose election(s) had become due; and in the present case, as aforesaid, overdue in respect of 23,263 local bodies across the state of Madhya Pradesh, as of now,” the bench said as it posted the matter for hearing in July.
“Until the triple test formality is completed ‘in all respects by the state government, no reservation for OBCs can be provisioned; and if that exercise cannot be completed before the issue of election programme by the state election commission, the seats [except those reserved for the Scheduled Castes and Scheduled Tribes] must be notified as for the general category.”
The order came in response to a petition filed by Suresh Mahajan challenging the amendments to the Madhya Pradesh Municipal Act, 1956, Madhya Pradesh Panchayat Raj Avam Gram Swaraj Adhiniyam, 1993, and Madhya Pradesh Municipalities Act, 1961. By these amendments, the state government authorised itself to determine the number and extent of wards in the concerned local bodies.
The court noted these amendments were similar to the ones carried out in Maharashtra and directed the two matters to be listed together for a hearing on July 12. By that date, the court directed SEC to file a status report and directed the Madhya Pradesh government to extend all logistical support to complete elections. The court said its directions would supersede any high court or civil court pass orders.
On May 4, the court directed the Maharashtra SEC to notify local body elections within two weeks. It said the delimitation before March 11, 2022, in respect of local bodies concerned, be taken as a notional delimitation for overdue elections.
In the order, the court directed the SEC to go by the delimitation of wards as existing on the day the vacancies were created or before the amendments were brought in 2022.
The court referred to the 2010 Constitution bench verdict about the triple test conditions, reiterating in a separate case in March last year.
Last December, the court directed the Madhya Pradesh SEC to re-notify OBC seats in local bodies as general seats and conduct the elections. This prompted the state to legislate to take over the function of delimitation from the poll watchdog. Later, the state government cancelled the elections and appointed administrators. The court took exception to it and said such conduct is “bordering on the breakdown of the rule of law”.
The bench also clarified that neither delimitation nor triple test compliance can delay filling the vacant seats. It said the seats must be represented by elected representatives after every five years as per the constitutional requirement. It added that even an administrator cannot continue beyond six months of a vacant seat.
The court said the triple test formula for the OBC quota will apply to elections to all local bodies across the country and is binding on all states and election commissions.

Will not allow mining to restart if existing employees not given jobs: Puti Gaonkar

Goemkarponn desk PONDA: "We welcome if Government restarts mining, but If Government conducts e-auctioning of all mining leases to restart mining than it will have ... Read More

NEWER POSTWhy does State Govt want to delay panchayat elections?
OLDER POSTThings like Gyanvapi masjid can be found in Goa too: Dhavalikar