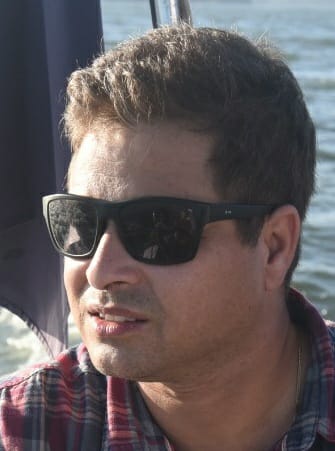 The pre-marital conselling issue has landed the State government into an unnecessary controversy.
Citing a rise in the number of divorce cases, the Goa government had decided to come up with a policy to make premarital counselling mandatory.
State Law Minister Nilesh Cabral had said the state government”s Goa Institute of Public Administration and Rural Development (GIPARD) will finalise the counselling course and its format.
He had said that the government is coming up with a new policy to make premarital counselling mandatory in the state. We may also rope in religious institutions for the same.
While the decision was debatable, the controversy around it smacked of politics.
The involvement of BJP State President Sadanand Shet Tanawade and his anti-Cabral itself proves that there was much more then what is meeting the naked eye.
Interestingly, the same BJP State president Tanawade could not do much when the Health Minister Vishwajit Rane went to international media against the Chief Minister Dr Pramod Sawant stating “the government handled COVID19 situation badly”.
At that time, Tanawade showed maturity and convened a meeting between the Chief Minister and the Health Minister and also spoke to the Party High Command in Delhi to resolve the issue.
However, in a contrasting behaviour, Tanawade in the present case went straight to media and expressed his unhappiness over the pre-marital counselling for couples.
‘We (BJP party) are opposed to the idea of premarital counselling. The party has already taken up the issue with the chief minister,’ Tanavade said.
One wonders why did Tanawade have to go to the media instead of speaking to his party minister and Chief Minister? Why did Tanawade not show guts to go media condemning Vishwajit Rane’s statement on CNN? This proves all is not well between Tanawade and Cabral.
Also, on the other hand the behaviour of the Chief Minister Dr Pramod Sawant was also questionable.
While all this while it was being said that there was some Super CM operating in the State and this immediate reaction of the CM proves the charges.
The chief minister should have taken the minister in confidence before announcing such a decision.
Moreover, Tanawade must keep himself away and not interfere in State administration as this is not a Tika Utsav wherein his photographs are exhibited everywhere.
Another question which arises is did Cabral moot the idea of pre-marital counselling for couple without taking the chief minister into confidence? The answer is a big NO as the file was approved by the CM himself.
Leaving aside the controversy, one opines whether the counselling is really such a bad idea?
There are hundreds of divorces every year in Goa and some within months of marriages.
Yes, there were some religious sentiments hurt somewhere but that could have been resolved.
The counselling could have been a 10-15 minutes affair while the couple go for marriage registration in the Sub-Registrar’s office or other institutions. What’s the Big Deal in that Mr Tanawade.
Tanawade’s needless interference in administration may be to show his worthiness in BJP as he intends o fight the next Assembly elections.