Tender for Saligao sub-station in next 3 months: Dhavalikar 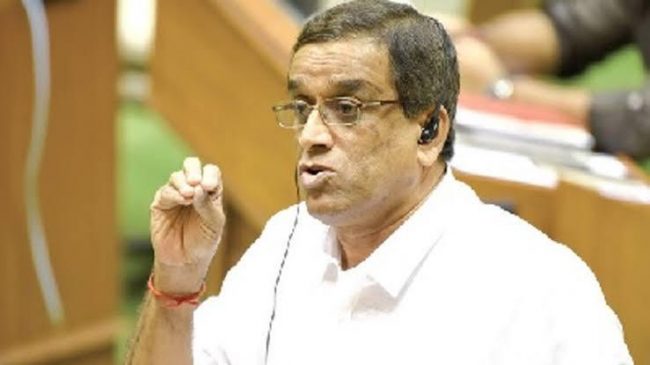 Goemkarponn desk
PORVORIM: Power Minister Sudin Dhavalikar today assured to refloat the tender to set up a 220 KV station in Saligao.
Opposition MLA Michael Lobo raised the issue that the people of the Bardez have to face frequent power problems.
“I assure to refloat the tender to set up 220 KV station in Saligao in the next three months; a consultant will be appointed; we have to conduct re-estimate as the cost of material has been increased by 30 per cent,” informed Dhavalikar.
He further informed that the tender was issued to Siemens but was cancelled in the Cabinet because no other company came forward to bid.
“We have to follow CVC guidelines; I understand the power issues faced by the people of the Bardez; this government is capable of giving everything to the people of North Goa coastal belt”, he added.
Dhavalikar said that his department will study the matter and do the necessary.
“People in the coastal belt cannot use AC and fridge due to low voltage. People face major power outages in the North Goa coast belt; secondly, the transformers approved are not being added to the infrastructure,” Lobo said.
Lobo said that hotels, resorts and restaurants are using generators as the power to the coastal belt is insufficient.
“We are causing harm to the environment as thousands of litres of diesel is being used to power the hotels in the North Goa coastal belt,” he added.
Former Power Minister Nilesh Cabral had said that the tenders floated for 220 KV power stations at Verna, Tuem, and Saligao would be scrapped and will be refloated with modern specifications.
Cabral believed the three tenders were of old specifications and would add no value to the infrastructure.