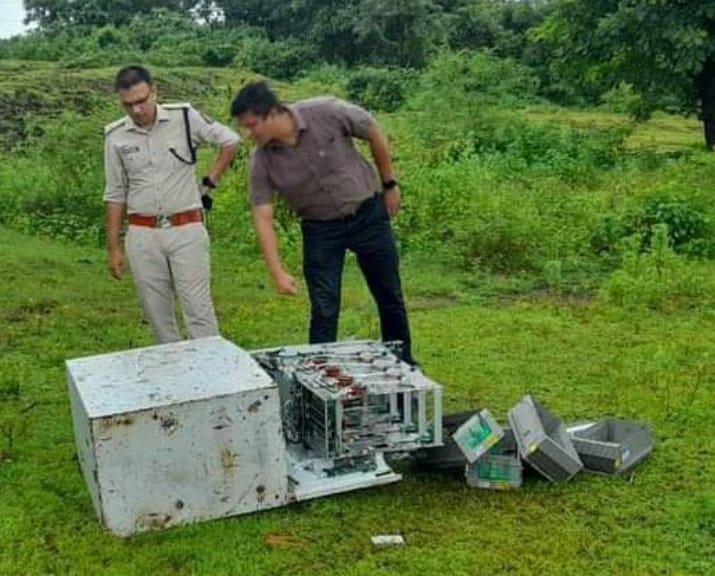 Goemkarponn desk
PONDA: In what could be termed as the trailer of the Bollywood sequence film Dhoom, thieves wreaked havoc in Ponda taluka, striking temples, ATMs and shops.
Posing a challenge to Ponda Police, the gangs of various thieves created havoc on the intervening night of 17 and 18 August.
Police said that gold and silver ornament, including cash worth Rs 10 lakh, were stolen from Mahaganapati Temple at Khandola.
The thieves broke open the front door, gained entry into the Sancto Sanctum of the temple and fled with silver and gold ornament on the idol.
The incident occurred today morning at 7 am when the priest had come to open the door.
He was shocked to see the front door was open and later informed temple Committee members. The temple Committee members informed Police who conducted the panchanama.
The Temple committee estimated the stolen ornament was worth Rs 10 lakh.
What was shocking was the thieves also decamped with a DVR system of CCTV camera, from which it can be concluded that the thieves are professional.
The thieves, after conducting the theft, fled from the backdoor of the temple. They also tried to break open the donation box.
While in another incident on the same night, the thieves conducted the theft of ATM Machines of HDFC Bank and Canara Bank located at Usgao and later broke open and dumped them at Dharbandora at an isolated place.
The exact amount stolen from ATMs is not yet known. DySP CL Patil inspected ATMs dumped at Dharbandora.
Meanwhile, at Cuncoliem Mardol, one shop owner was attacked by thieves.
The thieves tried to break open the shop of the owner located opposite the house.
As the owner learnt about some unknown thieves entering his shop he rushed towards shop however the thieves attacked him with bottles with shop and later fled the scene leaving one bike and pleasure at the spot. Both vehicles are seized by Mardol Police. Police are investigating all three cases.