* Will replace It with a three times broader bridge, works to start in three months: Mauvin Godinho 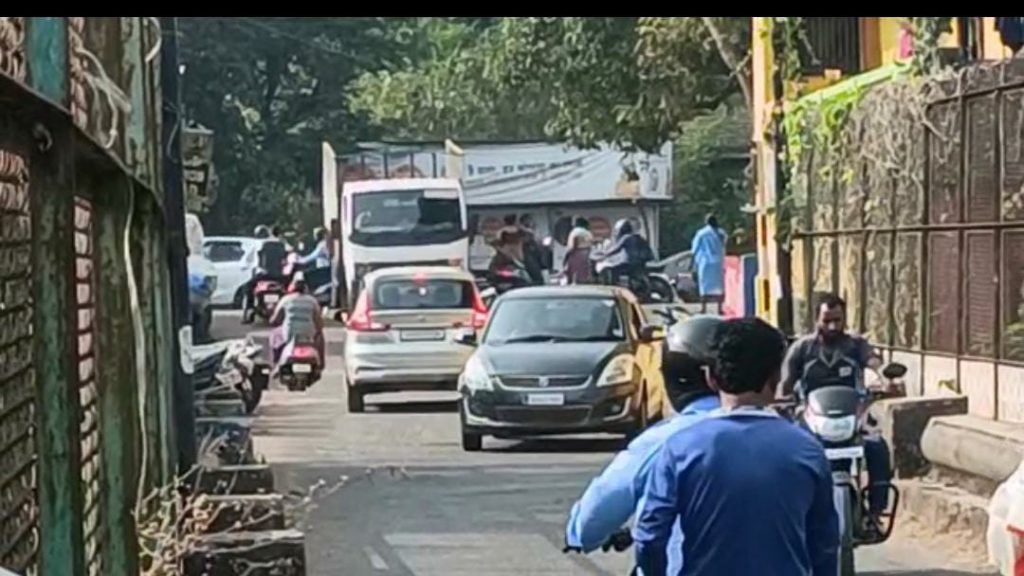 Goemkarponn desk
VASCO: Panchayats Minister and Dabolim MLA Mauvin Godinho on Tuesday announced that the Shantinagar Railway bridge connecting New Vaddem to the Highway to the Goa Airport would soon be closed down for a period of six to eight months.
“We have seen that there is always a huge traffic jam along this narrow railway over the bridge at peak hours, and this causes massive traffic congestion, and we had then proposed to have another parallel railway over the bridge next to the existing one so that one bridge can be used to go to New Vaddem and the other bridge can be used to come from New Vaddem,” Godinho said.
He added that, however, Railway has technically examined our proposal, but they said that it is not possible for the new bridge, but now they have said that the same bridge will be strengthened and widened to thrice the size of the existing bridge.
“The bridge will now have to be closed for six to eight months, and the inconvenience will have to be borne by the residents of new Vaddem, but it is worth it because, ultimately, we will have a bridge where two vehicles can cross, and there will be no issues of traffic jams. This is a futuristic step, and the Railways will start the work soon after the tendering process,” he said.
He said the work is expected to start in less than two to three months, and they are also trying to convince the previous contractor who was awarded this work, and if that happens, results could start in a month,” said Godinho.