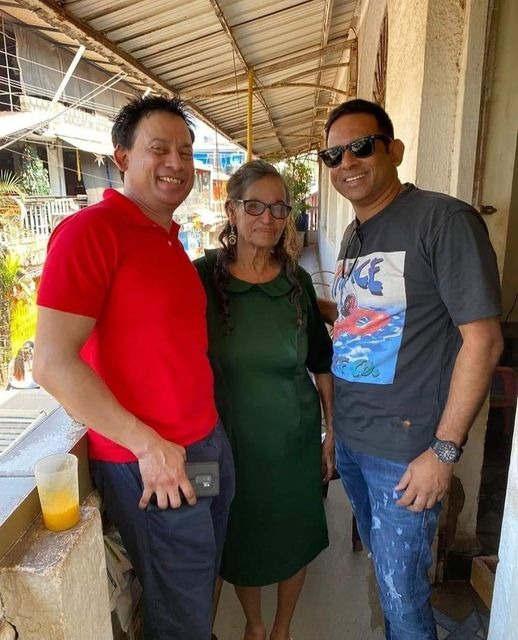 SURAJ NANDREKAR
CALANGUTE: A day after he sent shockwaves in the entire state and also the country with the announcement of the exiting the Tito’s Club, Director Ricardo Joseph D’Souza said the decision to sell the club he built from the scratch was not an easy one.

Speaking exclusively to Goemkarponn, Ricky as he is popularly known as, said “I tried my best but finally I had to take this decision with a heavy heart.”

“We two brothers built this club from the scratch, we had nothing, built this club with 48 rupees in hand at that time. I know you will laugh at me but I am not joking it is true. I have seen the worse in my life, I have seen, Calangute and Baga grow. When we started here there was nothing and look what we have created here. People just throng to see Tito’s lane. I am not saying I have or my brother (David) has done this all alone. There have been lots of friends and well-wishers, who have helped me through those days. I will always remain indebted to them,” Ricky said.

Asked why this decision to exit, he could have easily sold some part to keep going, he replied, “Do you think I did not think on these lines.”

“We did but we cannot change the system. I am not saying everyone is corrupt. The Chief Minister Dr Pramod Sawant, the Calangute sarpanch Shawn Martins has been very helpful but then there are rotten eggs everywhere,” he said.

He said he tried to remain in the system and resolve the issue “but finally, the age is also catching up, how much more can one take. I had to decide and decide now.”

But did the Chief Minister Dr Pramod Sawant, who you said was helpful, not help in acting against the culprit officers, “well, all I can say is he has been helpful and co-operated whenever asked.”

Asked to name some officers who harassed him, Ricky responded saying “mate, I have already filed complaints, everyone knows. I do not want to name anyone here now.”

ON whether his mother (baai as she is popularly known as) and brother David agree with this decision, he said, it was difficult to convince them but they finally agreed when explained everything.

So what are the future plans? he replied, for now, have plans of moving away.

“My kids are in England, will see them, then I have plans of business in UK, US, Canada, Portugal and Ukraine,” he said.

Can you reveal some of your business plans, “no sir, please wait for some time. Right now need to get out of the mindset that I am the owner of Titos anymore. I have to just get over this first. Thereafter, I will inform you first.”

But why does Ricky want to quit Goa? not all Goans have hurt him, he replied, “I have already made up my mind, I do not want to say much.”