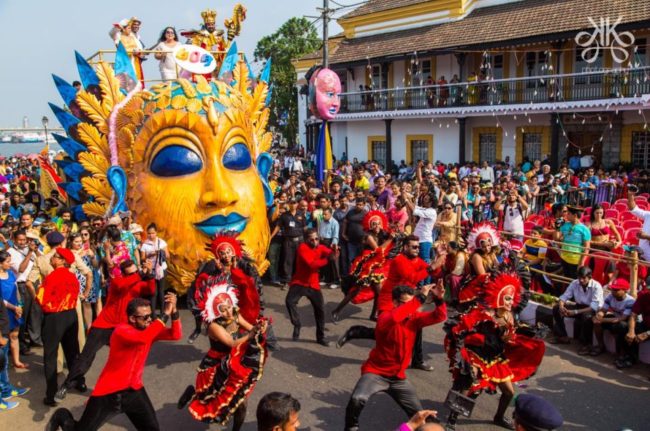 Panaji: The State Traffic police have announced diversion of vehicular traffic for the Carnival Float Parade to be held on Saturday in Panaji.

As per the statement issued by traffic police, the Carnival floats will be lined up on the Ribandar Causeway i.e. from Divja Circle to Ribandar- Merces junction.

All the floats thereafter will be parked at Bandodkar Ground, Campal.

2. Vehicles coming from new Mandovi Bridge and from Bambolim side to enter Panaji City will not be allowed to enter via Divja Circle. They will be diverted via Konkani Academy tri-junction – Old Patto Bridge to enter Panaji city.

3. Once the float parade begins, City Buses will not be allowed to ply in either direction till the Float parade is over.

2. Traffic coming from Rua-de-Ourem on reaching near Hotel Sona will not be allowed to take right. This traffic will be diverted to take left turn and then right turn near Hotel Vihar and exit via new Patto Bridge.

1. All vehicles coming from North Goa will be parked at EDC Plaza near KTC bus stand

2. All vehicles coming from South Goa are requested to take road via GMC Goa University and park their vehicles at Campal Parade Ground.