Two arrested for trafficking of girls by Anjuna Police. 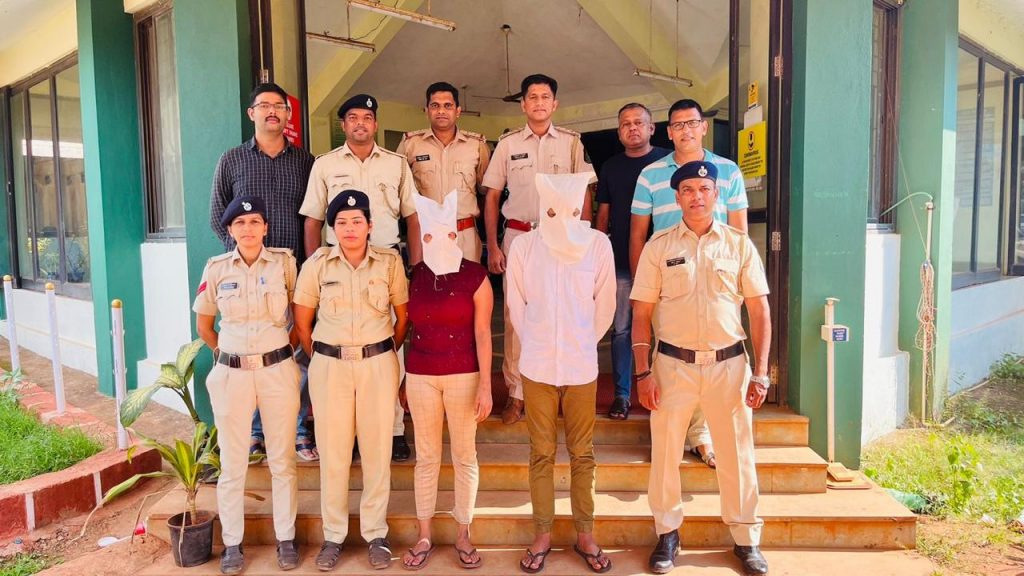 Goemkarponn desk
ANJUNA: Anjuna police have arrested two persons 1. Mohsin Shaikh N/o Gujarat and 2. Shilpi Mishra N/o Mumbai for involved in the trafficking of women for prostitution purposes.
As per SDPO Mapusa, Jivba Dalvi, information about prostitution activities at Anjuna was received. Accordingly, a team was formed under PI Anjuna Prashal Dessai, which conducted a raid at Mainath Bhati, Arpora, Bardez Goa on 19/10/2022, during which 03 victim girls were rescued by the police.
Initially accused person, Mr Mohsin Shaikh, had come to deliver one victim girl, during which the police surrounded the accused and rescued the victim girl. During the inquiry, the said victim girl disclosed the whereabouts of the other 02 victim girls staying in a resort in Arpora. Accordingly, the police team visited the resort and rescued the other 02 victims from the hotel room.
The rescued victim girls have been lodged in Protective cAre home at Merces – Goa for safe custody.
An offence under sections 370, 370(3) R/w 34 IPC and sections 4 & 5 of the Immoral Trafficking Act has been registered.
Further investigation is in progress with Pi Prashal Dessai under the supervision of SP north Shobit Saxena IPS and SDPO Mapuca Jivba Dalvi.