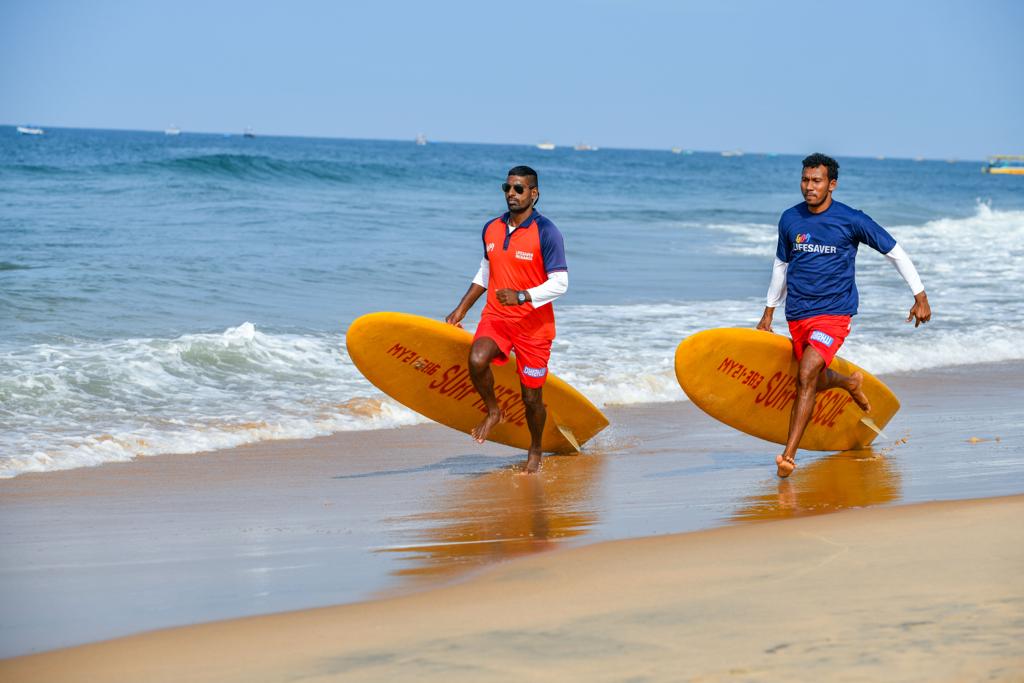 Goemkarponn desk
PANAJI: Drishti lifesavers reported a long and busy weekend this Diwali. Tourists and locals alike flocked to the coast to enjoy the festive weekend with family and friends in large numbers. A larger number oflifesavers were deployed on the beaches which led to an organized and safe weekend for the beachgoers.
There were two double rescues reported at Baga, the busiest beach in the state.Anjuna reported a missing child who was found after a thorough search.
At Baga, two Andhra Pradesh residents, both male and female, aged 22 and 20 respectively, were caught in a riptide that dragged them into deeper sections of the water. The Drishti lifesaver, Sanjay was alerted about the incident and immediately left the shore on a jet ski to carry out the rescue operation. The two were safely returned to shore and medical attention was immediately administered.
In another incident, a Russian national and anIndian citizen were involved in a rescue operation at Baga beach. The two were rescued by Drishti lifesavers, Yuvraj and Nitesh, stationed on the beach. The lifesaving duo were quick on their feet once they noticed a commotion on the shore. According to the lifesavers, the two were engulfed in a large wave, causing them to lose their bearings and struggle to swim. They were eventually rescued with the help of a rescue tube and surfboard. Their vitals were checked on shore, and they were given medical attention before being released.
A successful search and rescue operation involving a child was carried out atAnjuna beach over the weekend. Drishti reported a father approaching the tower frantically in search of his son who left his sight for a moment. With the help of the jeep and PA system, the boy was found unharmed and returned to his father.
Since the beginning of the year, 240 rescues have been reported along Goa’s coastal belt.Drishti’s lifesavers are trained to conduct rescues in rough weather and sea conditions.