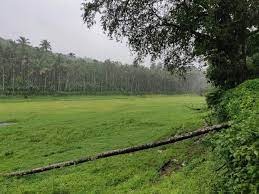 Goemkarponn desk
VAGHURME: The demand of locals to construct a 300-meter long connecting road at Madhlawada, Savoi-Verem, was unanimously passed in the special gram sabha of Village Panchayat Verem-Vagurme held on October 2, Sunday.
The special gram sabha meeting was conducted to commemorate the birth anniversary of Mahatma Gandhi and Lal Bahadur Shastri. The demand was put forward in the form of a formal letter addressed to the VP and signed by the supporting locals.
Abhijeet Shet Parkar, a local, said the absence of connecting roads creates problems, especially when a medical emergency occurs. “Patients have to be rushed to the hospital on a two-wheeler because no ambulance can reach our doorstep due to the absence of a link road. Lifting the unconscious/ailing patient and rushing to the hospital/ main road on a motorcycle is not just difficult but also painful”, added Parker.
Recalling the difficulties faced by him to carry his handicapped family member for a regular checkup, yet another villager said the ambulance doesn’t reach our doorstep due to no direct connecting road.
Mahesh Bhomkar, a local, said the plan, if implemented, will benefit around 15 houses located in the internal part of the village. Around a decade ago, we had proposed that this link road be constructed, but it had to keep on hold due to some unavailable circumstances. He added that the link road will provide vehicular access to these houses after almost 100 years.
Secretary VP Prasad Naik directed the villagers to take necessary permission/ No objection from the land owner so as to enable VP to go ahead with its implementation.
Various other demands, such as desilting of nallah, and digging of the pit, was put forward for approval during this time.
As informed by the Panch member Lochan Naik, the next (ordinary) gram sabha is convened on October 16, Sunday.