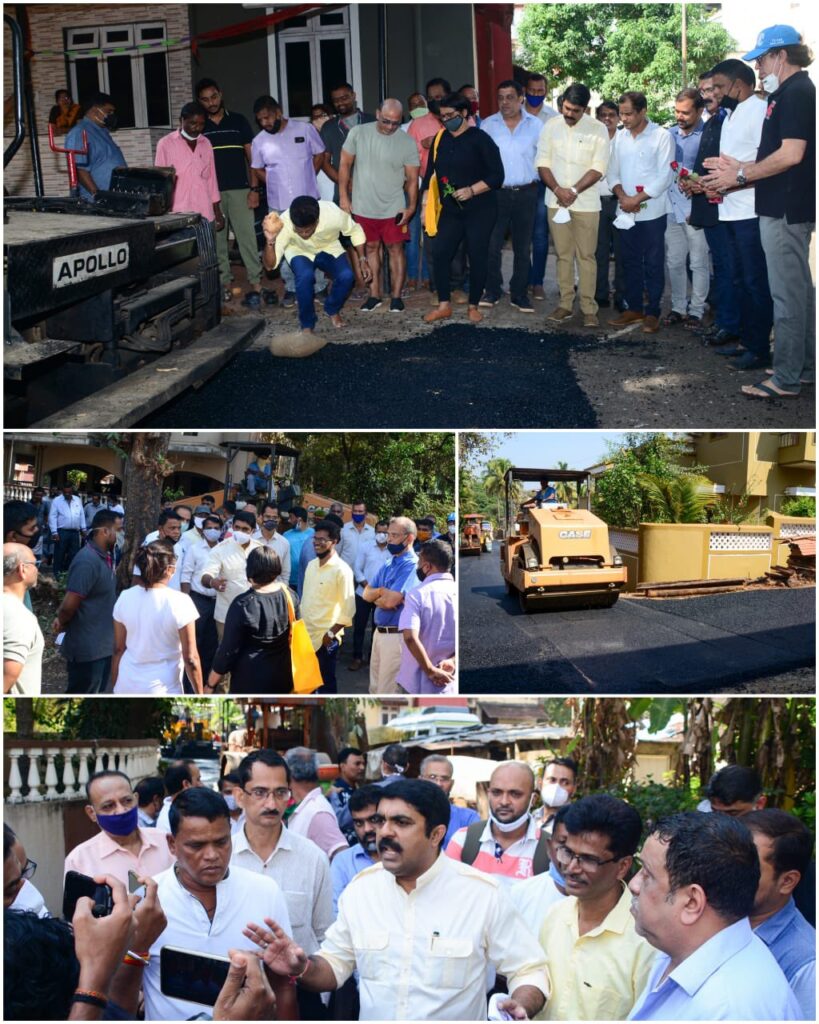 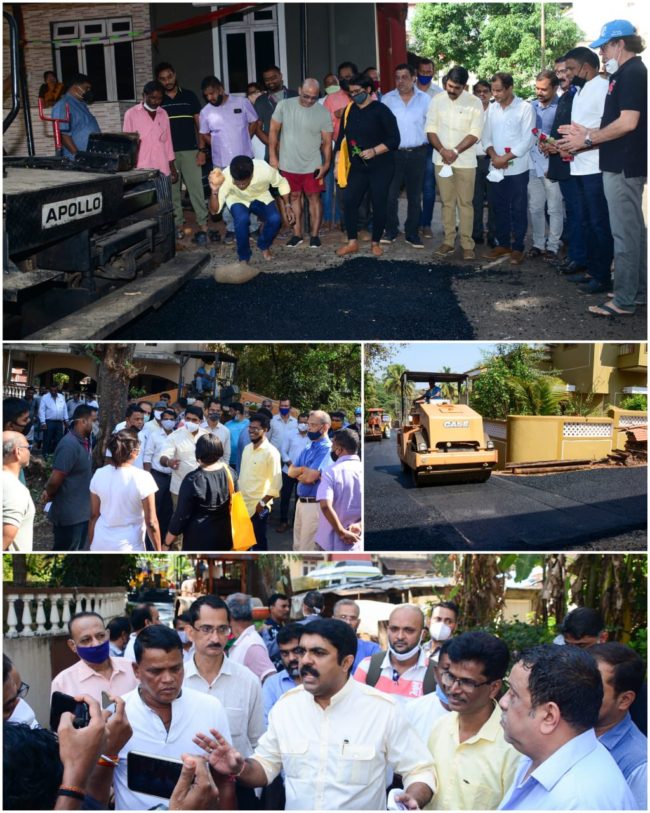 Gaurang Prabhu/ Goemkarponn
Margao: Targeting the BJP over several issues, Goa Forward Chief and Fatorda MLA Vijai Sardesai has slammed the Chief Minister Dr Pramod Sawant for his U-turn on Sonsoddo.
Sardessai made the statement after inaugurating the hot-mixing of internal roads in ward no 6, 8, 9 and 10 costing nearly Rs 4 cr.
He said that the CM failed to hold the high-level Committee meeting on Sonsoddo, which he had assured on the floor of the Assembly.
“Now they have taking a U-turn on Sonsoddo and asking the Municipality to set up plant at Sonsoddo,” he said.
He said the CM cannot take U-turn on Sonsoddo when he has given assurance in the House.
Further, he said that he has also reminded CM on Mhadei, which is the most important issue.
“This government has already sold Mhadei,” he said.
He blamed government of stopping developmental works which are done under CSR specially and even the sports events.
“There are no problems and no issues in Fatorda and that is why our opposition is confused and now using government machinery to stop our work,” he said.
Speaking on employment, Sardesai said that Government jobs are not the property of ruling party.
“Don’t fool voters in the name of govt jobs,” he warned the government.
When asked about declaration of his panel, Sardesai said he will wait for court verdict on the issue.
“We have challenged the reservation, hence we will wait for the verdict before announcement,” he said.
He stated that the Goa Forward has identified good candidates and as there is big line of party workers.
“Our focus will be on giving 75% new faces. Once the result of hearing is out we will declare our panel,” he said.
On alliance with Congress, he said, “Our focus will be on uniting Opposition to keep BJP out of power. I understand as the Congress is a grand old party it requires time to take decisions”.
While speaking on disqualification of 10 Congress MLA who later joined BJP. Vijay said now the Speaker has to give verdict and cannot give reasons to avoid it.
“Till now Speaker has delayed the matter citing COVID. The 10 MLAs, who joined BJP from Congress has put Goa to shame,” he said.
Sardesai advised Speaker to give justice and be the protector of 10th schedule of Constitution.