Why is the need to bring the fish vendors on a footpath when an old fish market premise is available: NGRF 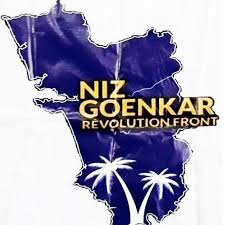 Niz Goenkar Revolutionary Front today objected to the structure being built on a footpath to temporarily shift fish vendors of the Vasco fish market.
NGRF has also questioned why the old fish market fish premises which can house around 170 fish vendors is not being utilised.

NGRF spokesperson Chandrashekar Vasta said that they had stopped the GSUDA from taking up works on the footpath outside the present fish market.

“Structure on footpath is a violation of the High court and cannot be permitted as per law. There is an old fish market which has been unutilised and abandoned and can adjust up to 175 fish vendors . When this market is available and was earlier used by this fish vendors is present , why does government need to spend on a new fish market . The fish vendors we’re using this premises earlier and now it has been turned into a go down and is unoccupied. I appeal to the government that they can use this premises if they want but when there is a provision why is the need to get the fish vendors on the footpath. Either they can shifted them here temporarily till the time the fish market is built or get them here permanently and utilise this premises after making slight repairs . ” Said Vasta

Vasta said that when he put this proposal before the MMC Chief officer ,he was informed that the fish vendors are not listening to MMC.

“Today the vendors are not listening to the administration and this is unacceptable in a democracy and the Governemnt can use other methods and forcibly bring them to this old market premises because the provision is already there. As of now many projects had not seen the light of the day for the last 8 years and we are just not sure if the proposed fish market will ever be a reality and the Government must rethink on the project and not waste Government funds and this old fish market after painting and slight repairs can be the new fish market for the vendors ” said Vasta

Meanwhile MMC Chief Officer Arvind Bugde said that MMC had not recieved any official request to shift the fish vendors to the old market premises .

“We have to take the market fish vendors in confidence because the market is planned as per their convenience and on their requests the council had sent a proposal to the government to shift the vendors on the footpath outside the Vasco fish market and we are waiting for the reply from the Government . We are open on all alternatives but we have not received any official request for any changes in proposal and we will place any such request before the administrator who can take a call ” said Bugde