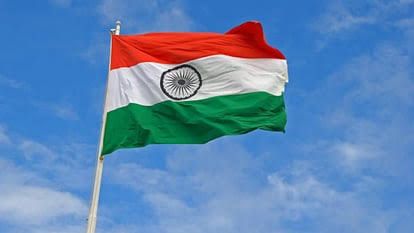 Goemkarponn desk
VASCO: With several houses and establishments still having national flags in Vasco, Vasco MLA Krishna Salkar on Wednesday appealed to the people to remove the flags systematically and store them in their houses.
“We have seen a tremendous participation of the people for the ” Har Ghar Tiranga” initiative, and while we had been targeting around 4000 flags, the figure has gone three times more as the people have made the most of the never before golden opportunity offered to them for hoisting a national flag on their houses and establishments. While we understand the sentiment and emotion of the people, the initiative was only from the 13th to the 16th of August. We have seen that many people continue to have flags on their houses and establishments. Many people are unaware of the dates of the removal of flags, and many continue to move on roads with flags on their bikes and cars. I, as your MLA , sincerely urge the people to kindly remove the flags from the houses, shops and vehicles because it could lead to an offence, and people may even face action by authorities. While I thank the people for actively participating in the ” Har Ghar Tiranga initiative”, I also urge them to lower down the flags from their households properly and store the flags after folding them properly. We are also trying to take initiate of a drive to collect flags or setting up a collection centre for the people who may want to submit their flags,” said Salkar.