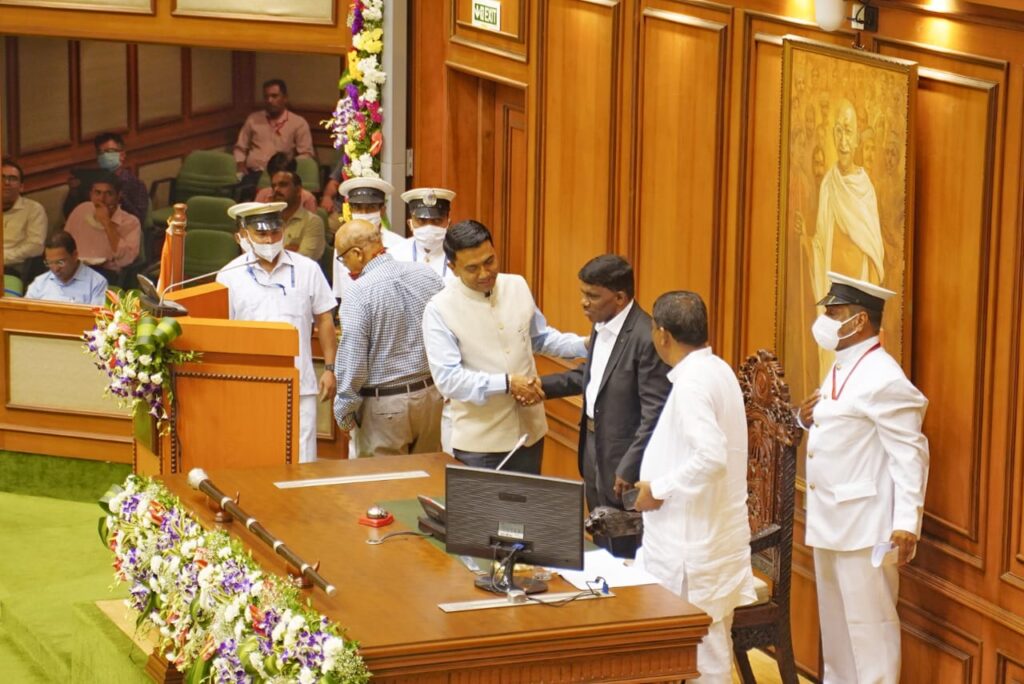 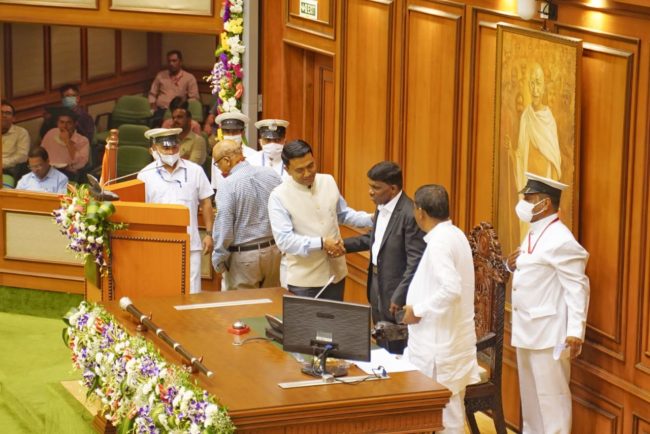 CANACONA: With the elevation of fourth time MLA and ex-Minister Ramesh Tawadkar to the post of Speaker of Goa Legislative Assembly, Tawadkar have created a history of sorts by being the first-ever GLA Speaker from the ST community and also the first -MLA ever from the southernmost Canacona to occupy the coveted post of Speaker.
According to Gaondongrim ex-Sarpanch and UTAA leader Vishant Gaonkar, previously Prakash Velip as an MLA from the ST community was Dy Speaker.
“On Tuesday, Ramesh Tawadkar became the first MLA from the ST community to occupy the post of Speaker of GLA. We are glad that the honour of being the first-ever Speaker in GLA from Canacona taluka is bagged by Tawadkar,” he said.
According to sources, the post of Dy Speaker of GLA has been held by two MLAs previously from Canacona, once by Monju Balkrishna Naikgaunkar (the second MLA from Canacona elected on MG) in the year 1967(Union Territory era) and a second time during the last tenure- MLA Isidore Fernandes (elected in 2017 on Congress), after he joined BJP.
Meanwhile, there has been slight discontent amongst the workers for not giving the ministry to Ramesh Tawadkar, while party workers are elevated that the MLA is considered the top constitutional post in the Legislative Assembly.
CMC ex-chairperson and Chaudi councillor Ramakant Naikgaunkar and social activist Shamba Dessai, claiming they have been assured by party bigwigs including Ex-Chief Minister of Maharashtra and Goa Election in-charge Devendra Fadnavis and Chief Minister Dr Pramod Sawant himself that once elected ministry will be given to Tawadkar.
This assurance was also given to the electorate in the campaign meetings held during the election, but the nomination and election of Tawadkar, a Speaker, has dejected many karyakartas and the electorate.
“With an eye on the 2024 Lok Sabha polls, we had informed Canacona will get a ministerial berth. Now, we are just unaware of what is to be informed to the electorate when Campaigning for the forthcoming Lok Sabha elections,” he said.
Incidentally, Canacona BJP Mandal President Vishal Dessai refuted the claim that workers are unhappy about Canacona MLA is not given ministry but Speaker-ship. “It’s a widely acclaimed privilege that our MLA is made a Speaker, the top post in the House (Assembly). Why should anyone be discontent with such a responsible constitutional post? In fact, we all karyakartas and voters are extremely grateful for nominating and electing our Canacona MLA for the post of Speaker. This speaks volumes of Canconcars capacity,” he said.
Many electorates are also happy that the fourth-time MLA Ramesh Tawadkar is chosen to run the House (Assembly) as a befitting response to Tawadkar’s organizational, leadership, and political goals acumen-ship capacities.
Tawadkar has first-time entered Goa Legislative Assembly in a by-election in 2005 and then in 2007 (General Elections) in the erstwhile Poinguinim constituency, after that in the delimitated Canacona constituency in the year 2012 and the present term (2022), all the four times on BJP ticket.