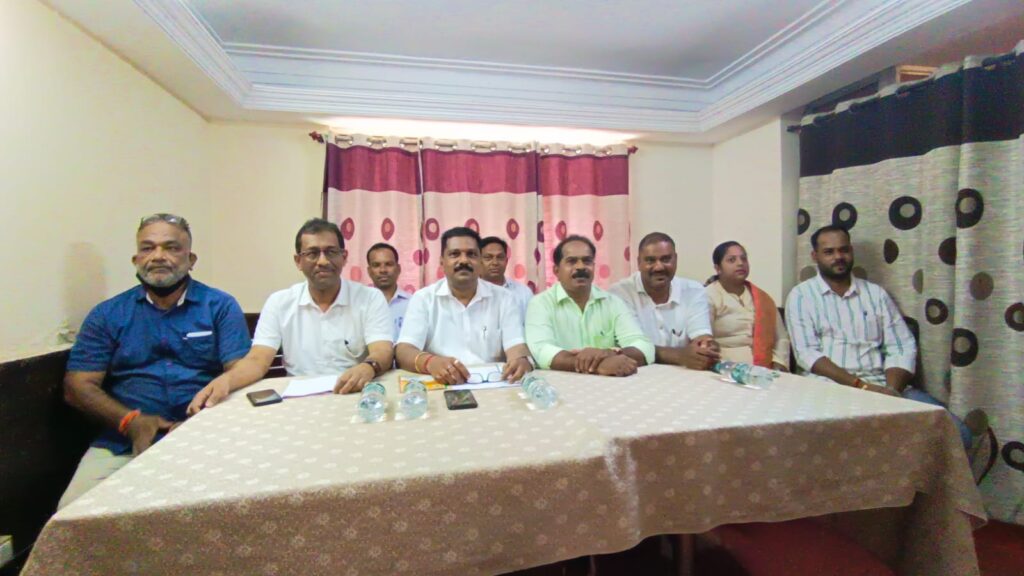 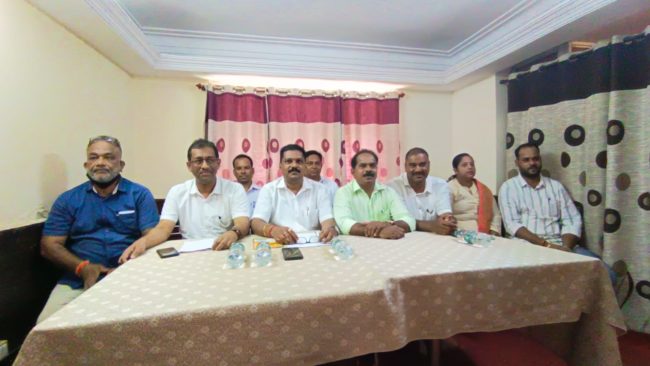 VASCO: Mormugao BJP Mandal has urged the newly elected Mormugao MLA to follow up on the major issues and incomplete projects and work more rather than talk more.
During the press conference in Vasco, Sanjay Satardekar president of Mormugao BJP Mandal, said that the newly elected MLA of Mormugao, Sankalp Amonkar, should not make any baseless statements that in the last fifteen years, there was terror in the Mormugao constituency and people were afraid which is false.
Satardekar said that the BJP party has continued to work to better the Mormugao constituency. New MLA should work more and talk less.
Senior BJP leader of Vasco Jayant Jadhav also said that numerous megaprojects and developmental works in the Mormugao constituency by BJP MLA in the last fifteen years and the remaining fifteen years of work need a follow-up, which the present MLA should do rather than just making statements. This MLA should work more and talk less.
Leo Rodrigues, Councillor, said that the recent issue of transfers of government employees is being done as a normal process by the authorities. There is nothing fishy about it. He also urged that this issue of transfers of government employees should not be politicised by the Mormugao MLA.
Another Councillor Adv. Krunali Parshekar said that recently the Mormugao MLA has stated that there is no water supply to the Mormugao constituency, whereas we are getting sufficient water supply for a few hours.
If it is possible for the MLA to give us a 24×7 water supply, he should put up this issue in the assembly and get it done.