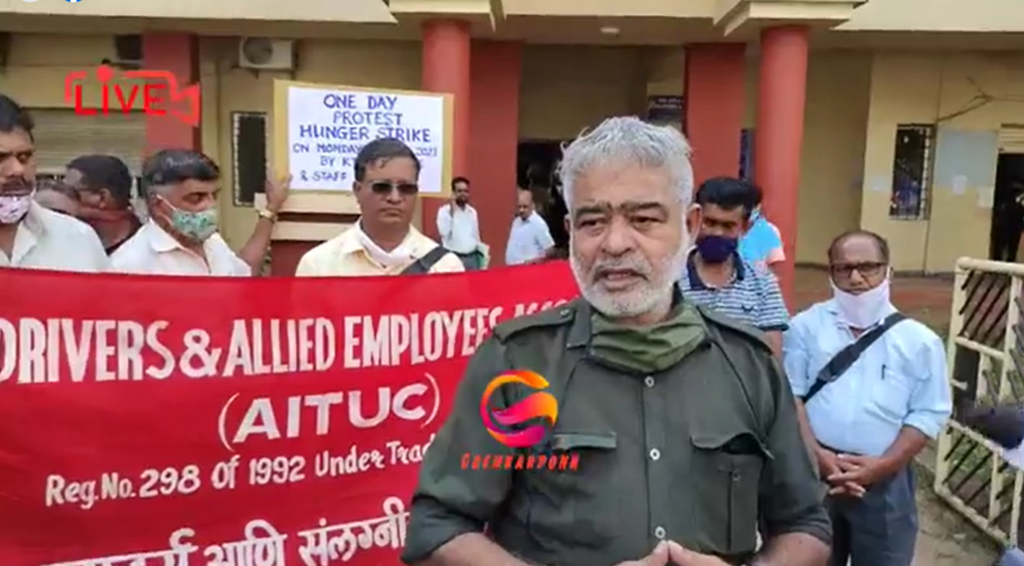 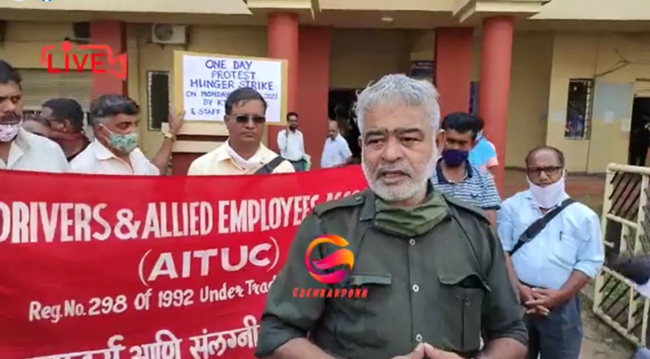 Panaji: The workers & staff employees of Kadamba Transport Corporation Ltd. (KTCL) held a One Day Protest Hunger strike on 22 February, 2021 before the Office of the Labour Commissioner, Government of Goa at Shramshakti Bhavan, Panaji, Goa to protest inordinate delay of the management of KTCL & Government to resolve their long pending demands

The protesters said that More than 500 vacancies have arisen in KTCL among the KTCL staff and employees from the year 2016 onwards by way of attrition viz retirement, death, disability and resignation from the services of KTCL At present there are 510 bad drivers and conductors on the regular rolls of KTCL.
All these workers eminently deserve to be regularized and brought on the permanent rolls of KTCL since they perform the same jobs and operate the same schedules as permanent KTCL employees, said AITUC leader Christopher Fonseca.
The KTC Drivers and Allied Employees Association have called upon the Chief Minister, Dr. Pramod Sawant and Transport Minister. Mauvin Godinho to immediately intervene and resolve the above pending issues of KTCL workers without any delay
The One Day Protest was addressed by Com Christopher Fonseca, General Secretary Shashikant Gaonkar – President and President of AITUC, Com Pasanna Utagi alongwith Atmaram Gawas and Chandrakant Chodankar Today’s hunger strike has further resolved to intensify their democratic struggle to achieve the long pending demands.