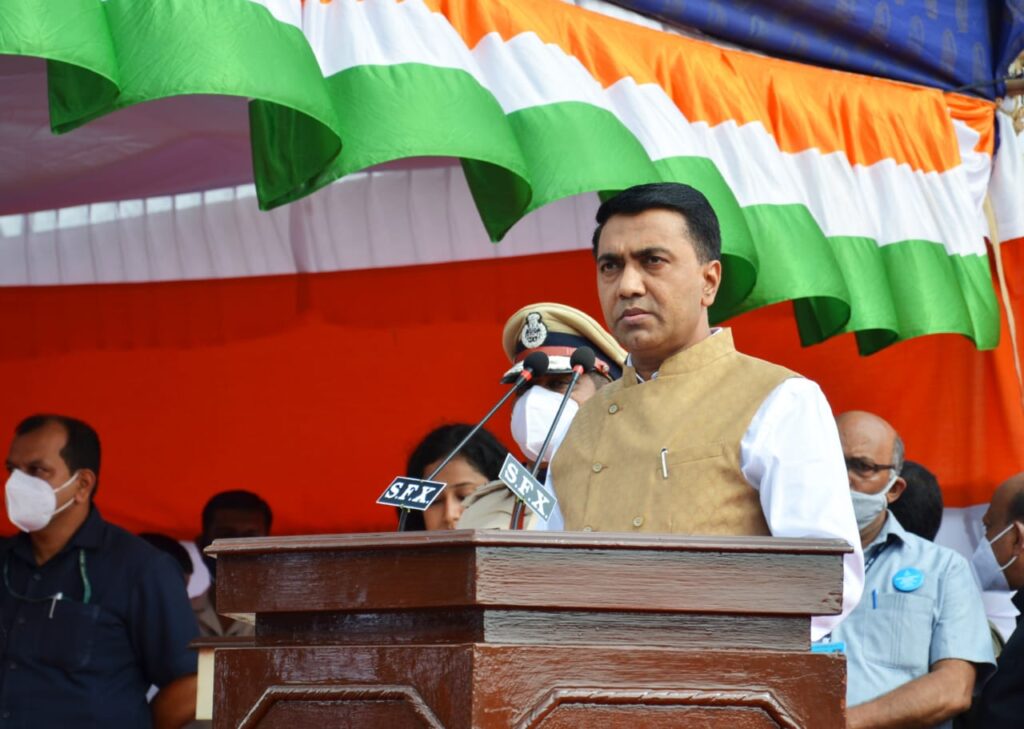 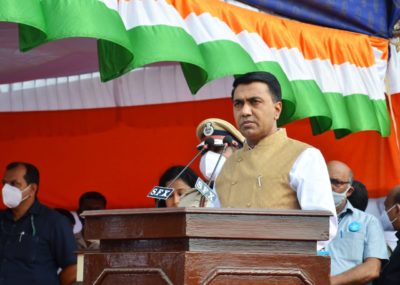 “Today on the occasion of Independence Day, I announce that every Goan household will get 16,000 litres of water at zero cost starting September 1; my government is committed for betterment of state,” said CM Sawant in his address during the Independence Day function in Panaji

He further said that government will never compromise on Mhadei river issue and will fight it will state wins the battle.

On the COVID19 vaccination front, CM Said that it was a proud moment that Goa is the first state in India to achieve 90 percent vaccination in terms of first dose.

” I am very happy as Goa has achieved such a target and in coming days I am sure that 100 vaccination target will be completed,” he said

Sawant also said that with formation of Mining Corporation, government is serious about starting mining to provide much needed solace to the people of mining belt.

Sawant further added that several infrastructural projects will be inaugurated during the ongoing 60th year of Goa’s liberation.

“One lane of Zuari bridge will be made open for public on Goa Liberation Day on Dec 19,” he added