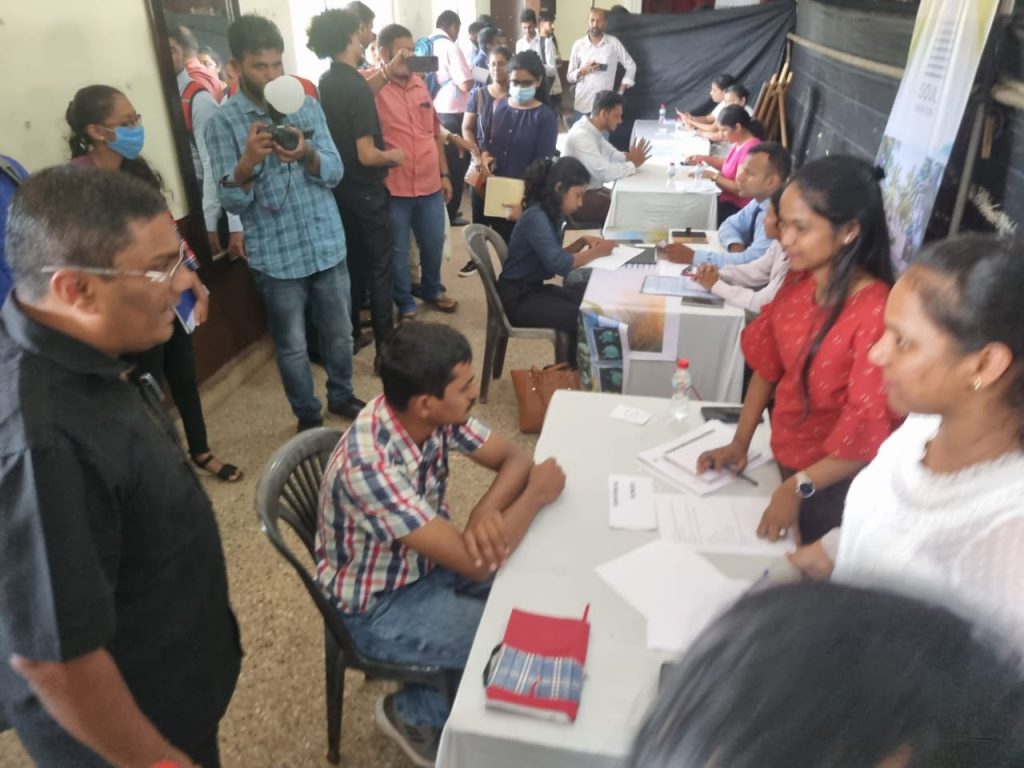 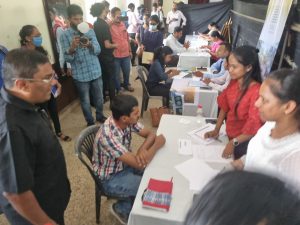 MARGAO: At a time when the state’s unemployment rate is at an all-time high in the country, efforts are being made by the private sector to address this concern.
Helping Hands, an initiative by Aam Aadmi Party (AAP) Benaulim MLA Capt Venzy Viegas, in collaboration with Goa-based Creative HR Solutions, organised a Job Fair at Colva Church Hall, from 10am to 4pm on Saturday.
Registration for job aspirants, which was free of cost, commenced at 9am. Around 250 job seekers had registered prior to the fair.
The organisers had urged employers to set up their booths free of cost and recruit candidates at no charge.
Around 39 companies from a wide spectrum of sectors, including Sales, Insurance, Banking, ITI, ITI Diploma, Hospitality, B.Pharm, Medical, Nursing, CAD Engineers, B.Com, M.Com, BSC, etc, participated in the fair with an offer of 500 plus jobs.
Pertinently, 173 job letters were handed over to the youth who had turned up at the fair.
Many youths from the constituency appreciated the efforts of the first-time legislator to organise this fair.
“There have been many MLAs in the past, who were even ministers and chief ministers, but none of them could organise such a fair like our new MLA, who happens to be in the opposition,” one youth said.
As per data released by the Labour and Employment Ministry in the Parliament recently, the unemployment rate in Goa for all age groups (15 years and above) is 10.5 per cent which is far higher than the national average of 4.2 per cent.
In the past, AAP’s Benaulim unit had organised a Career Guidance Workshop as part of its Rozgar Yatra, which drew widespread appreciation from the constituents.