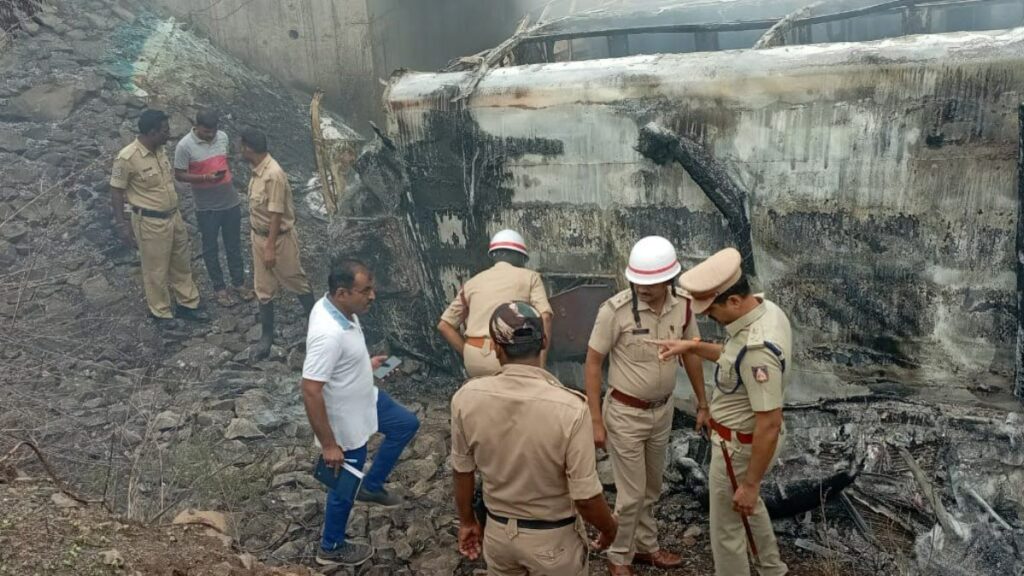 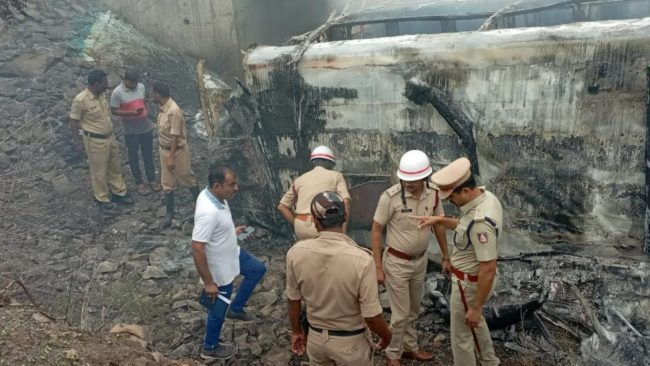 Kalaburagi/Bengaluru: In a major tragedy, at least seven people were charred to death after a Hyderabad-bound sleeper bus caught fire in the early hours of Friday in Kalaburagi district of Karnataka. All the deceased persons hailed from Hyderabad, according to sources.
Around 12 passengers were injured and have been admitted to a hospital in Kalaburagi.
The fire was following an accident between the bus and a tempo trax.
The bus was carrying 29 passengers from Goa to Hyderabad.
According to police sources, 22 passengers managed to escape from the bus that was completely burnt due to fire.
The injured have been shifted to various hospitals in Kalaburagi and are undergoing treatment.